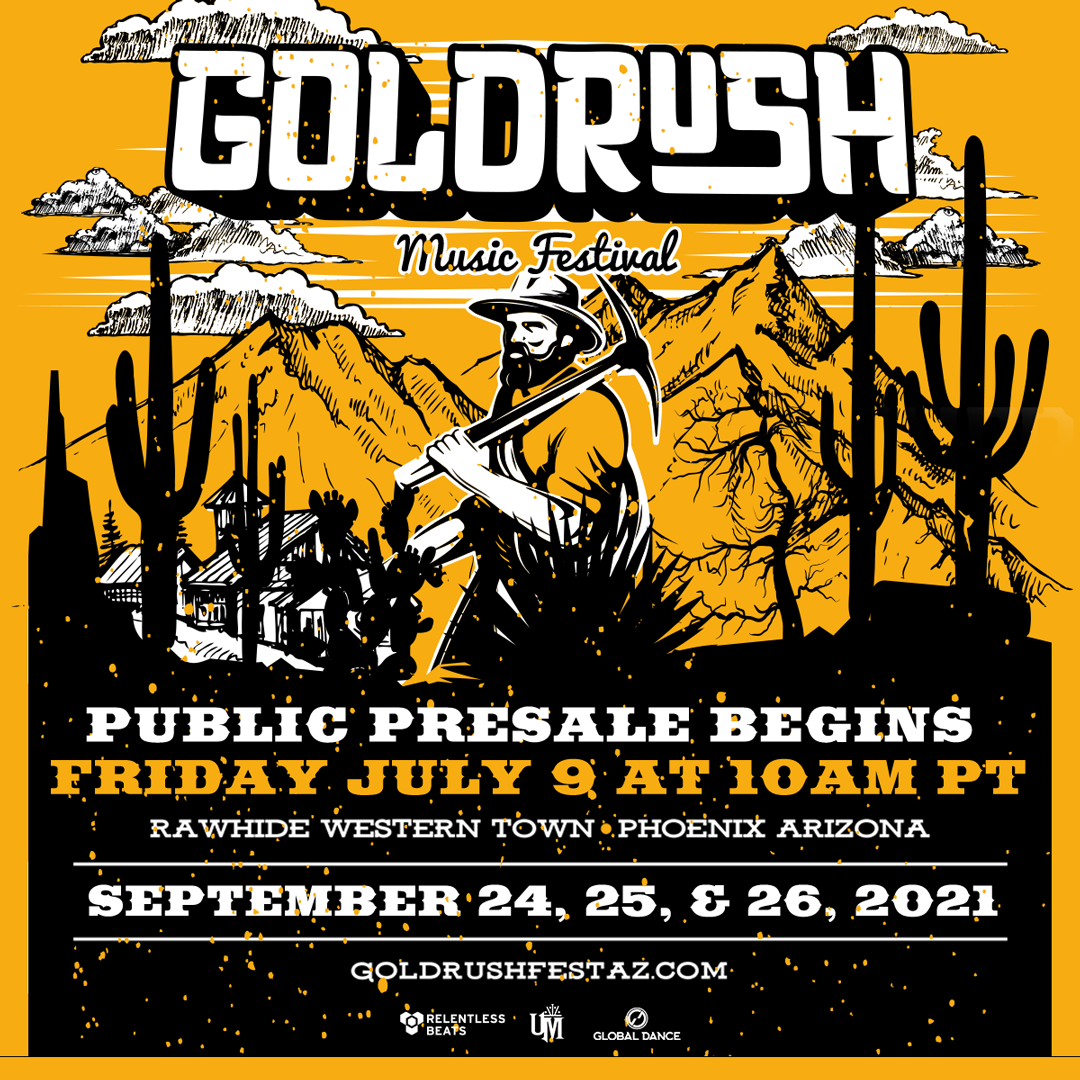 After an incredibly successful Summer Concert Series, which saw 75,000 fans, over ten events- including closing out the series with a sold-out Louis the Child show, Relentless Beats is excited to announce that the megastructure stage will be returning for Goldrush. Boasting unique stage production design not previously seen during the summer series, the Golden Gorge Megastructure will host acts like Illenimu, Above & Beyond, Zedd, Zeds Dead b2b GRiZ, and many more.  Artists-by-Stage, along with some to-be-announced surprises, will be released in the coming weeks.

New to Goldrush this year, Relentless Beats has introduced Goldrush Travel Packages for both those in-town fans looking to stay closer to the site and those traveling in from other parts of the country. Reserved for as little as $100 down, each package includes a three-night hotel stay, a three-day festival ticket, expedited entry into the festival, a Goldrush Festival t-shirt, three well drink tickets (21+), and access to the Travel Saloon. New to Goldrush, the Travel Saloon includes cooling stations, dedicated bars with drink specials, charging stations, and private bathrooms. Additional travel package tiers include Bonanza VIP Package, which includes everything from the Gold Digger GA Package, and pre-festival, one-hour early-access with one hour well-level open bar each day, and access to the official after-parties. The Wild West Platinum Package includes everything from the GA and VIP packages and five drink tickets per day, side stage viewing at the main stage, access to the artist hospitality lounge, and a steakhouse quality dinner. The Wild West Package is only available to 21+.