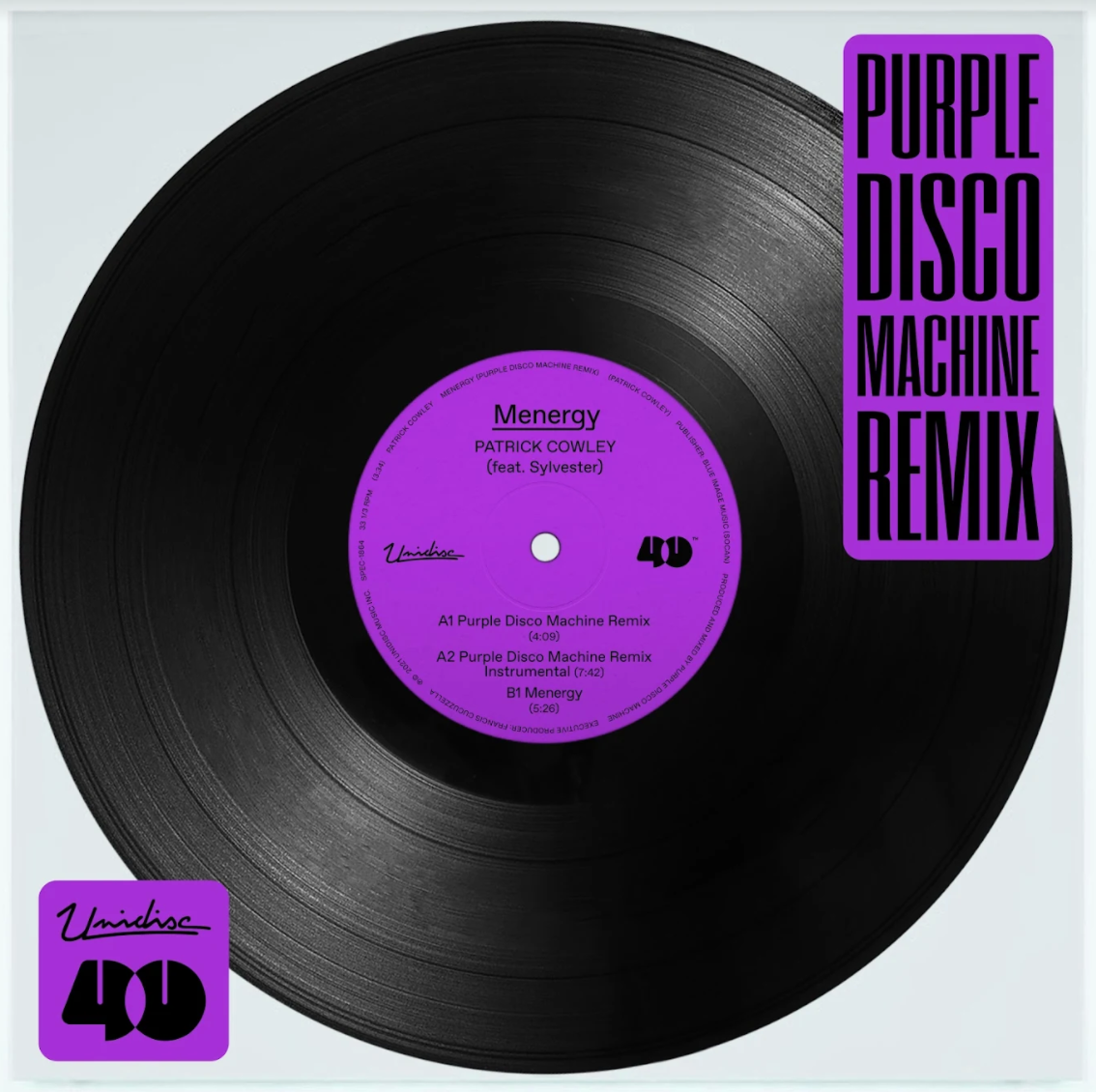 Tapping into the trademark big room disco sound that he has made his own in recent years, Purple Disco Machine delivers a polished remix of‘Menergy’ that’s characterised by an infectious driving bassline and finely crafted breakdowns.

One of electronic dance music’s true pioneers, Patrick Cowley is regarded as a founding father of the uptempo disco sub genre known as Hi-NRG. ‘Menergy’, which also featured the vocals of disco and LGBTQ pioneer Sylvester topped the Billboard ‘Dance/Disco’ chart for two weeks upon its release in 1981. It was considered to be Patrick Cowley and Sylverster’s ode to the gay club secene with the track still reigning supreme today.

To celebrate 40 years since the label was inaugurated, Unidisc is utilising its extensive and plentiful supply of dance music classics to create an exceptional collection of remixes from an all-star cast of today’s dance music talent. It was kick-started with the Claptone remix of the Trans-X classic ‘Living On Video’, Jacques Greene’s take on the Lime favourite ‘Babe We’re Gonna Love Tonight’, Alan Fitzpatrick’s club-ready rework of ‘Let The Music Play’ by Shannon, and Carl Cox’s edit of the Geraldine Hunt cult classic ‘Can’t Fake The Feeling’.

Over its four-decade-long lifetime, Unidisc has constantly evolved and shifted with the times –  formed in 1977 it quickly became one of Canada’s largest independent record labels, building a reputation around its Italo disco and Hi-NRG output from artists such as Lime, France Joli, andGeraldine Hunt. Unidisc went on to spawn a national movement that was a precursor to the arrival of global stars like Richie Hawtin, John Aquaviva and Mistress Barbara.

Crowned as the ​#2 Beatport artist of all time​, ​Purple Disco Machine has been responsible for some of the biggest remixes of recent years, reworking tracks from pop icons Dua Lipa, Mark Ronson, ​Calvin Harris, Rag n Bone Man​, Foals​, Duke Dumont,​ Years and Years​, Fatboy Slim ​and Rufus Du Sol amongst others.

A collaboration between two generations of disco genius, the Purple Disco Machine remix of ‘Menergy’ is destined for big things.