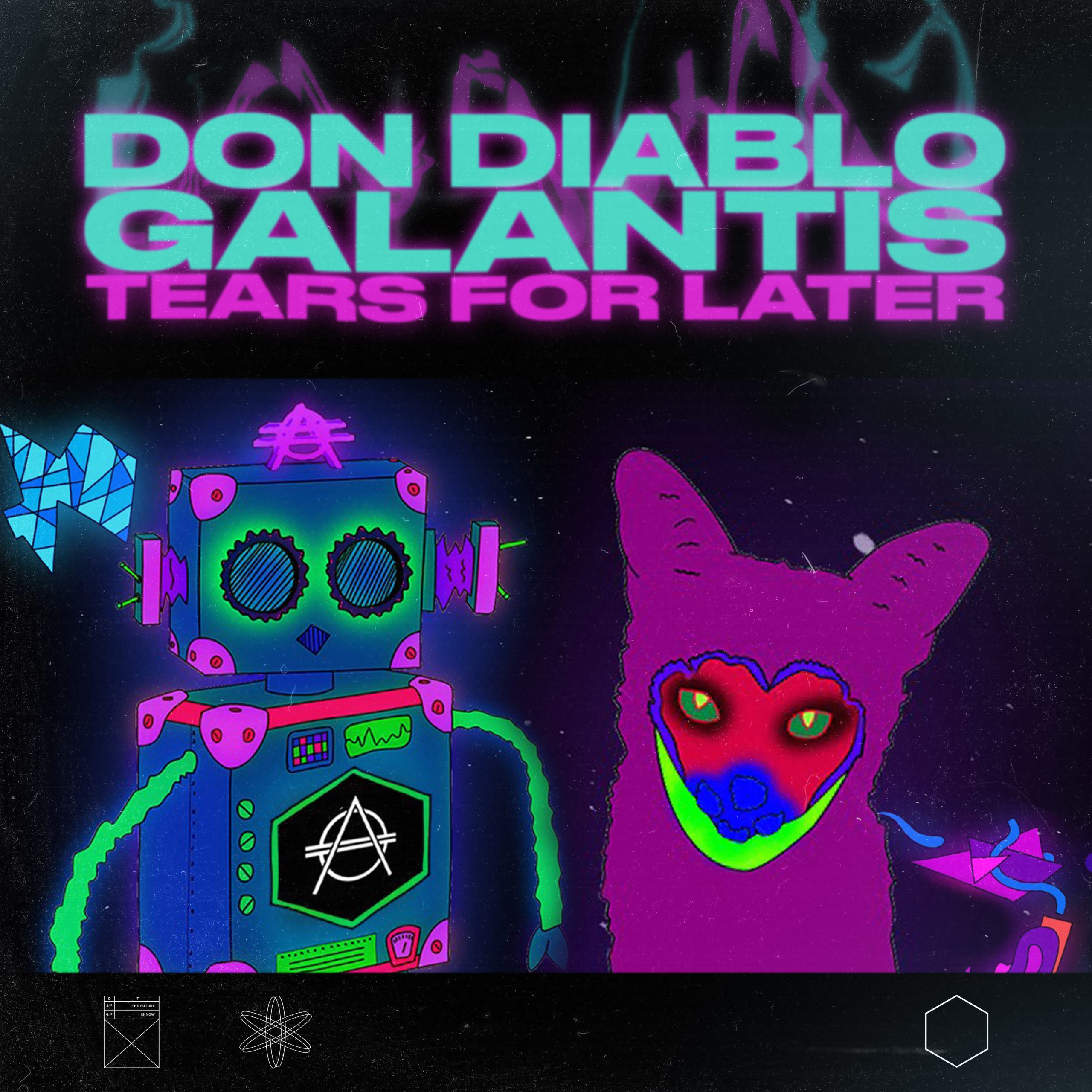 One of the most hotly anticipated collabs of the dance music world, on ‘Tears For Later’ the trio perfectly harness both Don and Galantis’ signature sounds for an electrifying anthem that is sure to make waves this summer and beyond.

Following on from his huge charity single for The United Nations, ‘Too Much To Ask’ with Ty Dolla $ign, ‘Tears For Later’ is a release that has been a long time in the making. Don: “Galantis and myself have been talking about doing something together for years because we both appreciate each other’s work greatly but we simply never found the right time to make it work. This past year we were finally able to put our heads together and also spend enough time on our baby since we definitely are equally perfectionistic. For us ‘Tears For Later’ feels like the perfect combination of both our sounds.”

Next to being one of the biggest electronic music producers in the world the Dutchman is currently also one of the top selling NFT artists in the world, Don’s outstanding contribution to the art and design world is set to continue with another mind-blowing digital art drop in the works, as well as his second venture with major movie franchise Star Wars, set to be unveiled imminently.

Fresh off the back of their global hit ‘Heartbreak Anthem’ with Little Mix and David Guetta, Swedish powerhouse Galantis are keeping the top tier collaborations coming with their latest offering. Renowned for their song-writing prowess and phenomenal live shows, the Grammy-nominated hitmakers continue to prove why they’re one of the most sought-after live acts in the world. “Don has been a good friend of ours for years and we’re stoked for people to hear this new music after working on it with him for so long!“