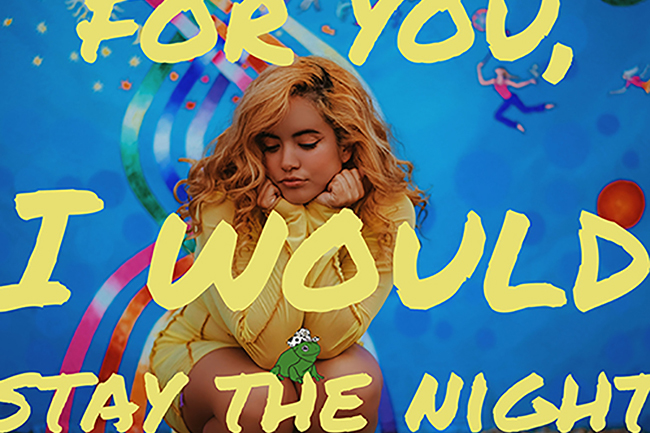 New out in the past couple of days is the brilliantly stirring ‘For You I Would Stay The Night,’ the second single from the musical mind of Sunta Moon. She is currently based in LA and honing her craft as a singer, songwriter and poet. At the start of the year she released ‘Reality’ as her debut, and this time has collaborated with producer Eddie Boy.

The tune has dreamy Cali vibes, peppered with sublime guitar work and Sunta’s effortless tones. As well as being an incredibly easy listen, her record tells something of a story. She shares: “For You I Would Stay The Night’ was a point in my life where I was dating around a lot and none of the guys I was dating made feel a certain type of way – it wasn’t working out at all. And I remember being in a gathering where I met this guy – Daniel. He followed me all night and texted me the remaining days and we went to the beach at night together and it was supposed to be romantic but it kind of became a weird game where nothing clicked – only the idea of us clicked.”

Stream ‘For You I Would Stay The Night’ below.

In this article:2021, Alt, For You I Would Stay The Night, Indie, Pop, Shoegaze, Sunta Moon