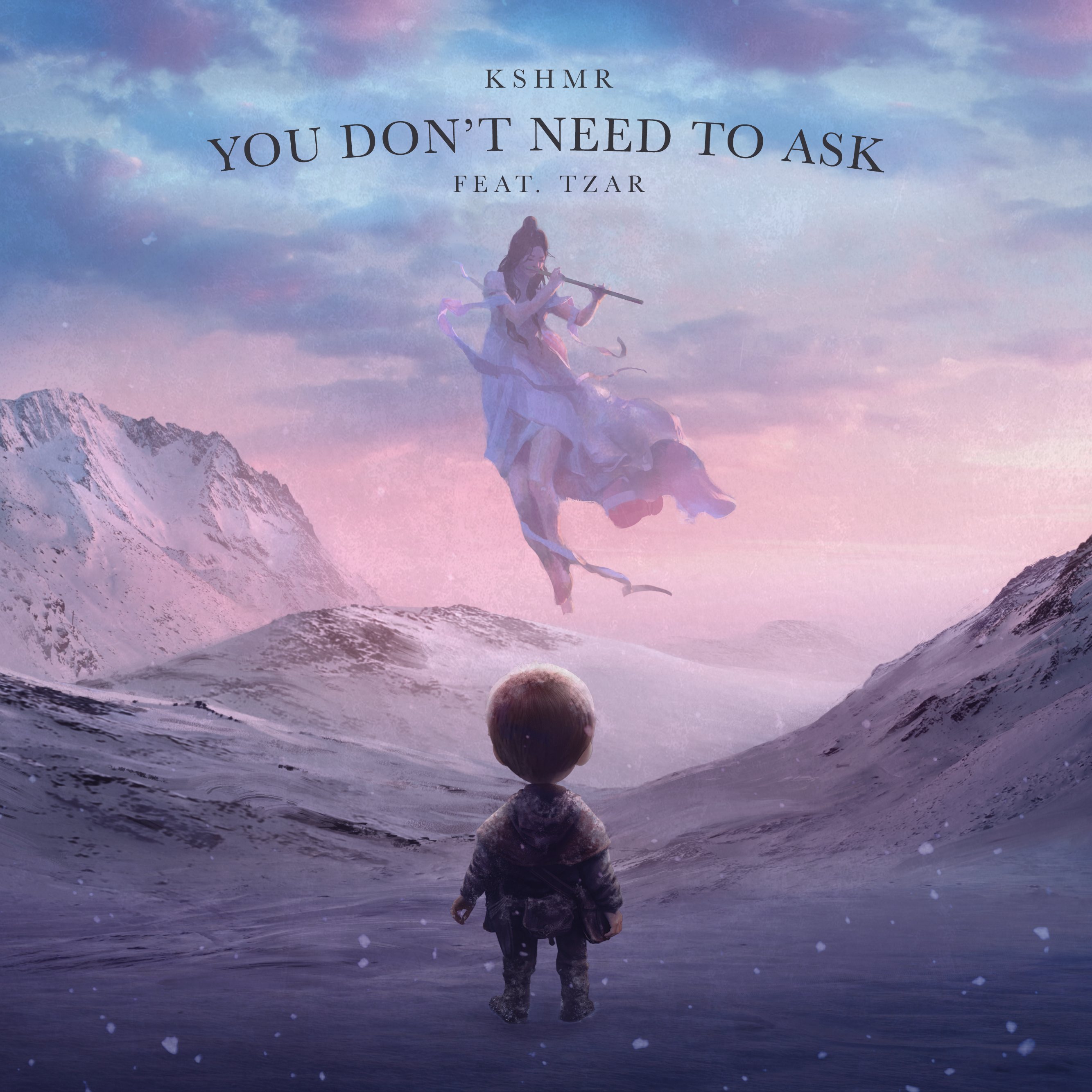 It will feature on a deluxe edition of KSHMR’s recent debut album Harmonica Andromeda, titled Harmonica Andromeda Deluxe, out later this month. Released in March to critical acclaim, the LP was described as “a beautiful gem that demonstrates how electronic soundscapes can sculpt beautiful creations for this world,” by EDM Reviewer.

Debuting his highly-anticipated album Harmonica Andromeda back in March, it received critical acclaim and marked an evolution from KSHMR’s big-room festival anthems such as “Secrets,” “Megalodon,” and “Wildcard.” With over 500 million streams to date and multiple chart topping singles, KSHMR has established himself as one of the most prolific producers in dance music today. As a solo artist, he’s established an industry-leading label and brand Dharma Worldwide and headlined major festivals across the globe including Coachella, Tomorrowland, Ultra Japan, Sunburn India.

Working alongside multi-platinum producer Djemba Djemba (prod. Sia, Madonna, Britney Spears, Justin Bieber), TZAR is paving her own unique lane in the industry with her glittery, 1980s-inspired pop hits. TZAR was originally born in Moscow and later immigrated to the Bay Area when she was seven-years-old. Becoming a local staple in the music industry as both an artist and songwriter, TZAR has written with other high-caliber acts including KSHMR, Zed’s Dead, JOHN K, K. Flay, Promnite, Falcons, JULiA LEWiS and Hoodboi. She is best known for featuring on KSHMR’s 2020 smash ‘Voices’, a track that has since racked up more than 9 million Spotify streams.

‘You Don’t Need To Ask’ sees KSHMR continue with the kind of lush, melody-driven dance music that has characterized his output of late.