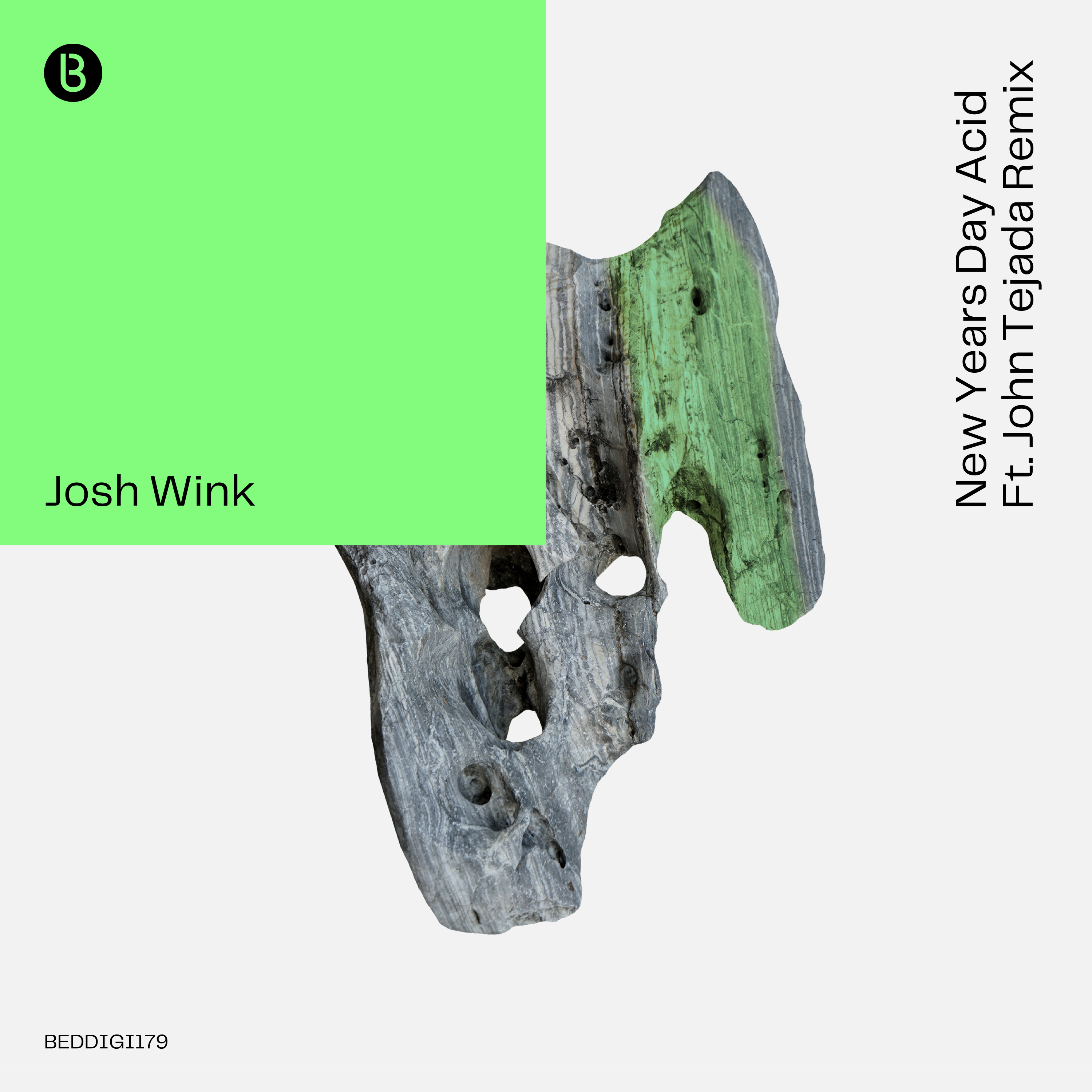 On the heels of his contribution to UK native Miles Atmospheric’s recent 3-track Calling You Out EP, prolific DJ/producer Josh Wink continues his Bedrock Records streak with “New Years Day Acid”. Cited as one of the standouts from John Digweed’s Quattro II compilation – released earlier this year – Wink’s “New Year’s Day Acid (Beatless Reprise)” is finally launching in its original form. In tandem with the new single, the release also features a deep, soulful remix courtesy of LA-based synth mastermind John Tejada. “New Years Day Acid” is available to purchase on 12” vinyl and to stream across all streaming platforms, including the Bedrock Bandcamp page.

Josh Wink is no stranger to Bedrock Records. He made an impressionable debut in 2002 with his “Size 9 Reinterpretation” of Tom Mangan’s mammoth record “Chutney”. Since then, he’s been a staple in various Bedrock compilations, including Live In Slovenia, Bedrock XX, and Last Night At Output. Earlier this year, Digweed selected Wink’s “New Year’s Day Acid (Beatless Reprise)” for his 50-track Quattro II compilation album. On the track, Digweed said, “Josh is usually known for his mind-bending acid peak time wobblers, but this time Josh delivers a downtempo atmospheric acid wash of ambient blissed-out beats, a great vibe, and mood changer for the ‘Quattro II’ album” (via The Sun). Wink is now getting the full release treatment with the original mix for its beloved “beatless” counterpart.

“New Years Day Acid” is Wink at his finest. With his masterful acidic twinge at the forefront of the track and a groovy bassline at the rear, the hypnotizing cut makes for essential listening from the Philadelphia native. To round out the release, highly acclaimed studio wizard and producer John Tejada was recruited for remix duties. Tejada flips the track into a sizzling slice of deep house, perfect for the poolside.