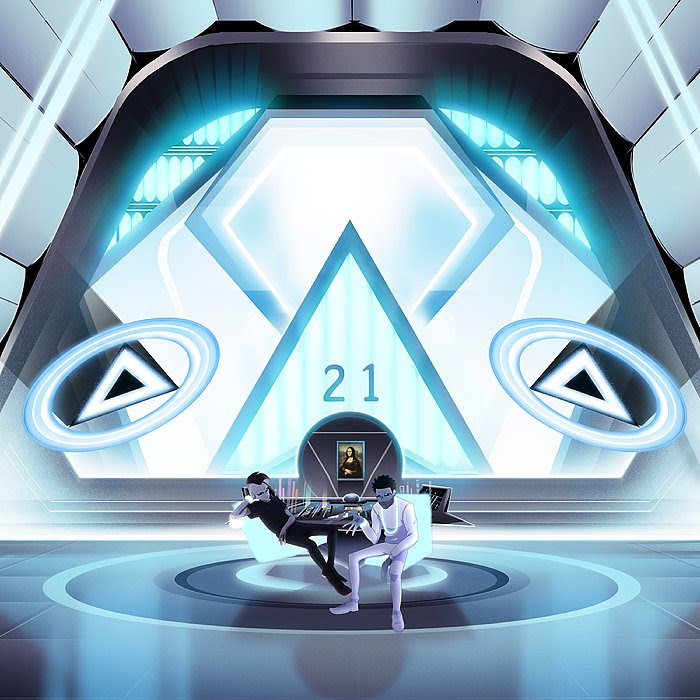 ‘Mona Lisa’ is the latest in the series of music and video releases from AREA21, the multimedia collaboration between Martin Garrix and Maejor portrayed through the eyes of aliens ‘M&M’.

After their adventures in Vegas, the accompanying video for ‘Mona Lisa’, produced by award-winning animation studio ‘Titmouse’, takes the viewer along on a trip with the aliens to the Louvre in Paris. Floating through outer space, we see their point of view looking down at the flashing lights of cities on earth.

In the lyrics of the song, the two alien travelers highlight all the things they want with several of these scenarios passing by in the video as well.

“You know what I want?

A Mona Lisa in my room

Wanna light it up with Snoop

Wanna picnic on the moon

Play myself in a cartoon

Show the world we’re all the same

Hit the stage with Bey and Jay

Get a star on walk of fame


After releasing ‘La La La’ and ‘Pogo’, the project is running at full speed towards their debut album releasing this fall.

Since the release of new music in April, AREA21 has amassed over 12M combined streams and a combined social imprint of 16M.