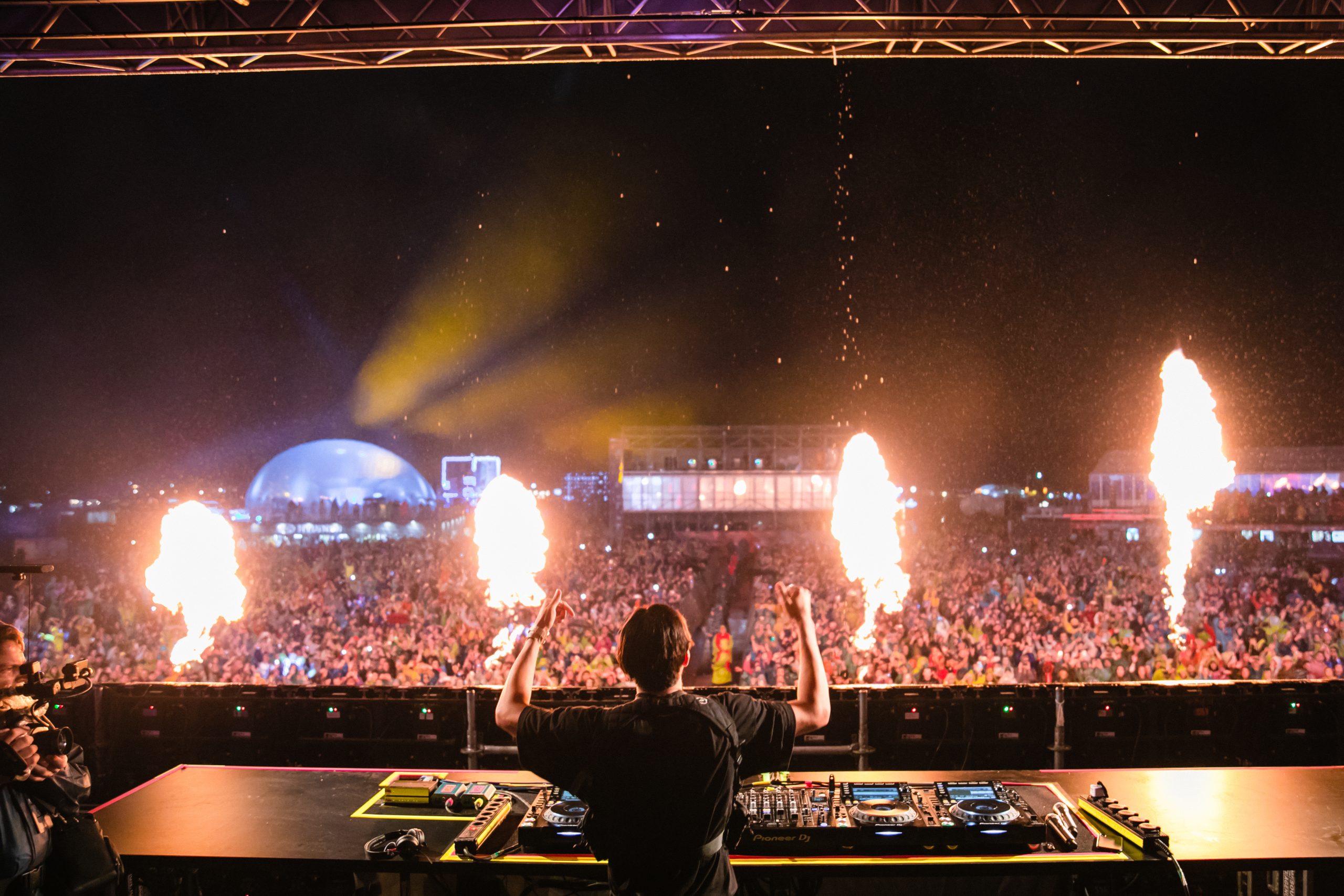 After well over a year and a half away from the stage, established talent Apashe has announced his grand return to live events with his 6-date ‘Renaissance Live: USA Tour’, slated for this Fall. The renowned creator will be taking his critically acclaimed 13-track Renaissance LP on the road for the first time, showcasing one of the pandemic’s greatest musical offerings. Alongside the momentous news, the Canadian producer and DJ has returned to the release radar with ‘Time Warp,’ marking his first highly-anticipated musical endeavor of the year. This time around, he’s enlisted the vocal ability of fellow Canadian and vocalist Sami Chaouki. Out now via Kannibalen Records, ‘Time Warp’ is available to listen to across all streaming platforms.

The track immediately begins with a daunting ambiance, characterized by highly-manipulated synths and an overall palpable sense of sonic urgency. A low-pitched vocal is introduced into the space, and pairs perfectly alongside the anthemic production elements. Euphoric throughout its entirety, the high-octane tune is replete with hefty bass, a melodious vocal cut, and a propelling rhythm that maintains its infectious, energetic tone from start to finish with ease. A hard-hitting gem of a release, the latest from Apashe is a standout masterpiece that sets an exciting precedent for the rest of the year and beyond to follow.

Apashe is an esteemed artist who has taken the electronic dance music landscape by storm throughout the last several years. His highly impressive, outstanding back-catalog has lent him once-in-a-lifetime opportunities to have his music featured via various syncs, such as ones for Apple TV and Space Jam 2, in addition to video games such as EA NHL 21 and Lost Ark.

His well-received 13-track Renaissance LP, released at the beginning of April of last year, went on to be an immense success and would lead the musician to release an eventual remix EP of the album. Apashe’s latest directly follows his remix of Max Korzh 2020 hit ‘Малый повзрослел’, released in May of last year, and also follows up Sami Chaouki’s feature on Amine K’s recent single ‘Burning My Shadows’ from February of this year. The bass music maestro was also able to perform his work via Renaissance Live, a live-streamed performance that kicked off Riot Games’ ever-popular League of Legends mid-season virtual celebration last year.

Taking this on the road, Apashe plans to start this fall with a 6-stop ‘Renaissance Live: U.S.A Tour,’ beginning September at The Bluebird in Denver, Colorado. Making his way throughout America, the talent is slated to hit Seattle, Washington, Portland, Oregon, Atlanta, Georgia, Los Angeles, California, and New York City. At last, Apashe is finally set to light up dancefloors across the country with his groundbreaking 2020 opus, Renaissance.

Tickets for Apashe’s forthcoming 6-stop U.S.A. tour have gone on sale now and are available for fans to purchase via apashemusic.com/tour.