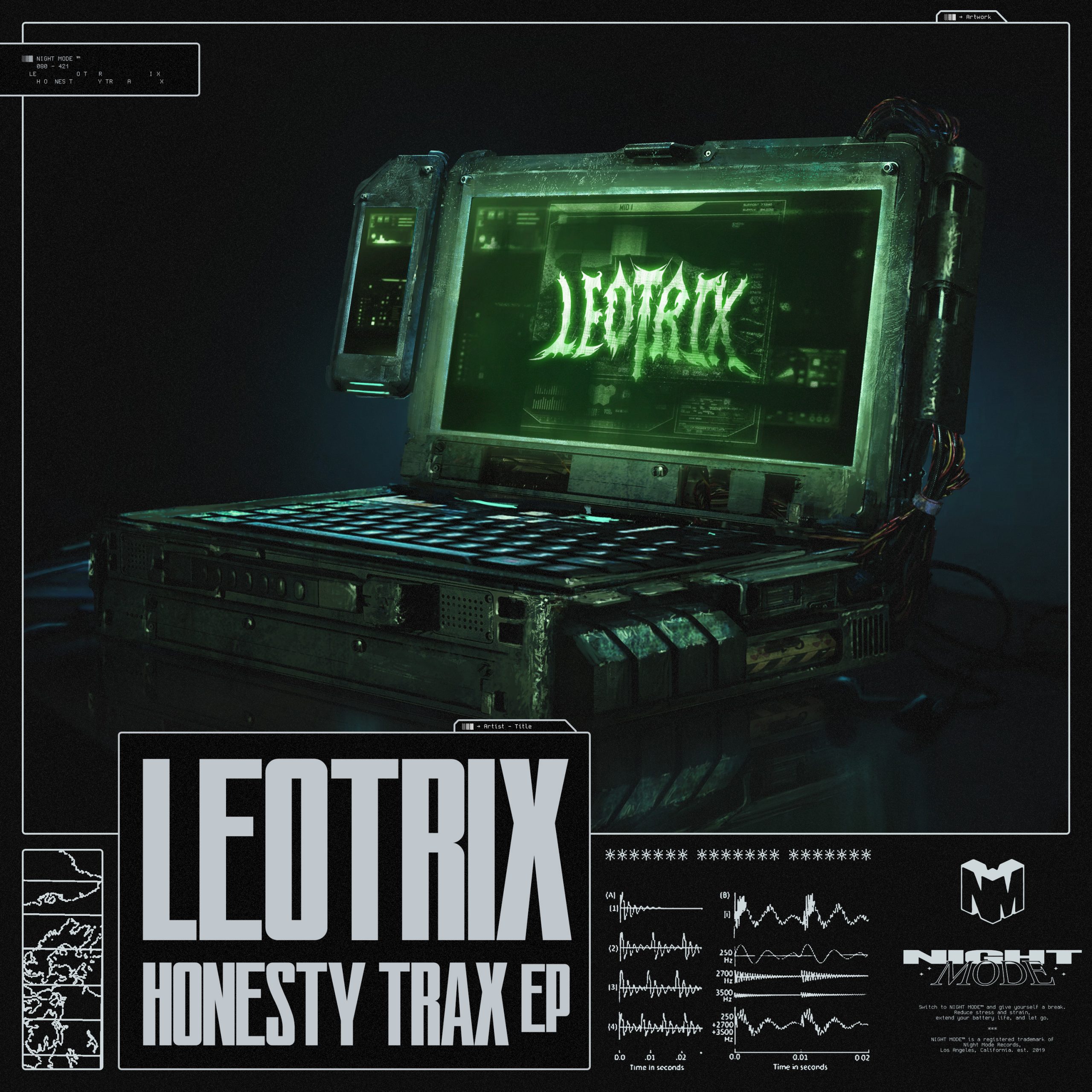 Leotrix uncovers a strikingly sincere version of himself on the dynamic two-track ‘Honesty Trax’ EP, which is being booted up as the second issue from Night Mode’s fifth season of releases.

Authenticity is something that is encoded deep in the motherboard of the dance music virtuoso known as Leotrix. Holding it down for the bass scene Down Under, the boldfaced Aussie has never been one to compromise his artistic integrity for the sake of fitting into the mold of what’s expected from a musician. He’s gone out of his way to not look for external validation to give meaning to the eccentric beats he’s crafted over the course of the last half decade, which have run the gamut from woofer-rattling dubstep to kooky melodic bass. Regardless of the genre, the trick always hidden up his sleeve is the fact that he has remained brutally honest with the creative force flowing from within. This genuine sense of self has allowed him to occupy a singular space with numerous degrees of separation sitting between him and the competition. Keeping it 100 is the only way he knows how, and his latest creation serves as a stark reflection of that unfaltering frame of mind.

‘Honesty Trax’ reveals two decisively unique hardwired lines connecting to contrasting units of his ingenuity. The lead cut “brief grip of creation” powers on with a hint of melancholy flickering inside of its blinking melodies and sweeping chords. There’s a thick air of introspection that seems almost suffocating at times, but the crippling clench of tension is broken free as soon as the glitch-infused four-on-the-floor rhythm finds its saving grace through a lofty left-field groove. Its file type has been exported as WAVy house with an unhinged twist. On the B-side, “this track vs my laptop fan” teeters on effervescent future bass. Kicking off with a lilting melody line, cinematic chords and crisp snare rolls create a centrifugal tug into the core of the track’s next-gen processor. Once the system is maxing out its computing power, a flurry of choppy percussive patterns, chirpy synth sequences and angelic vocalizations do their best to try to stop the vibes from overheating. Fat chance. Across both tracks, he proves he’s a man of many layers via an innovative EP that was waiting around for an open-minded imprint to come around. Night Mode was the software update Leotrix needed.


“I really appreciate Night Mode taking on this track because I was struggling to find a home for this song for almost two years so it’s awesome to finally share this with all my fans properly.” –Leotrix
In this article:ede 2021, ede release, edm, Honesty Trax, Leotrix, Night Mode

Hellove And Zack Gray Reveal New Single ‘Off The ....

Youngr Shares Most Personal Single To Date: ‘Boy From Manchester’