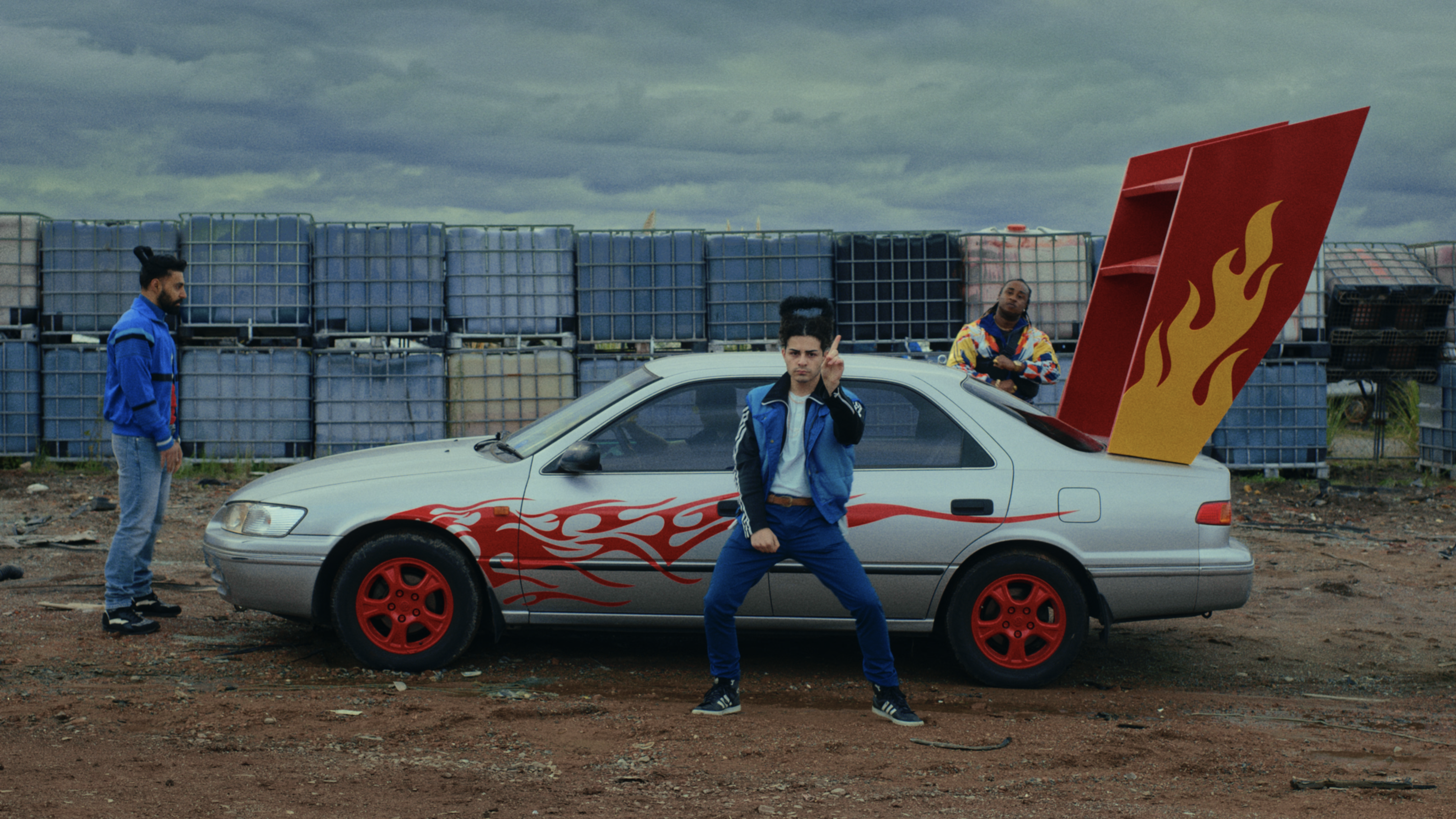 Australia’s premier electronic act Dom Dolla has taken the world by storm with his hotly anticipated single ‘Pump The Brakes’, and he takes another bold step with the release of the official video for the hit track.

The signature tech-house sound of Dom Dolla shines through in ‘Pump The Brakes’, a track produced as a tongue-in-cheek ode to his much loved and beat-up Toyota Camry. The official video, directed by Prad Sen, takes the audio cues and lyrical references to car culture and ‘rev-head’ obsessions and dials it up to 11 for a clip that is super absurd yet comfortable and confident in its weirdness.

The clip is set in a run-down over stocked car yard with Dom’s pride and joy, his 2001 Toyota Camry, playing a starring role in the clip. The car, equipped with a spoiler that dwarfs the vehicle itself, immediately embeds itself in this bizarre interpretation of suburban car culture. The quirkiness of the clip is only magnified with the eccentric styling of the ‘rev-head’ characters, complete with spoiler-styled haircuts, obnoxious jewelry, and matching tracksuits, with Dom himself joining them for the ludicrous ride. The aesthetic is only accentuated by the surreal and deadpan nature of the characters themselves, making for a clip that extends itself perfectly to the concept of the track, yet contrasts so well with the energy of the beat. On the clip, Director Prad Sen, said, “Dom asked me to make a video about cars. So I made the most car video that has ever car’d in the history of cars”.


‘Pump The Brakes’ followed a wealth of anticipation after Dom dropped the single into his live sets in early 2020 and has been a grand success since it’s official release in March 2021. The track has quickly garnered over 4 million streams across platforms and has since reached #14 on the Australian Shazam chart, and #18 in Belgium. Premiering on triple j the track quickly became the most played on the station, with additional support from the likes of BBC Radio 1, Radio FG, Studio Brussel, SiriusXM, WDR1 Live, m2o, George FM, and many more. With tastemaker press coverage from the likes of CULTR, Pilerats, Stoney Roads, Dancing Astronaut, DJ Times, This Song Is Sick, and EDM.com, the track continues to pick up steam. The track has been equally applauded in the club scene, with the track peaking at #2 in the Beatport Top 100 chart, and #2 in the ARIA Club Chart.