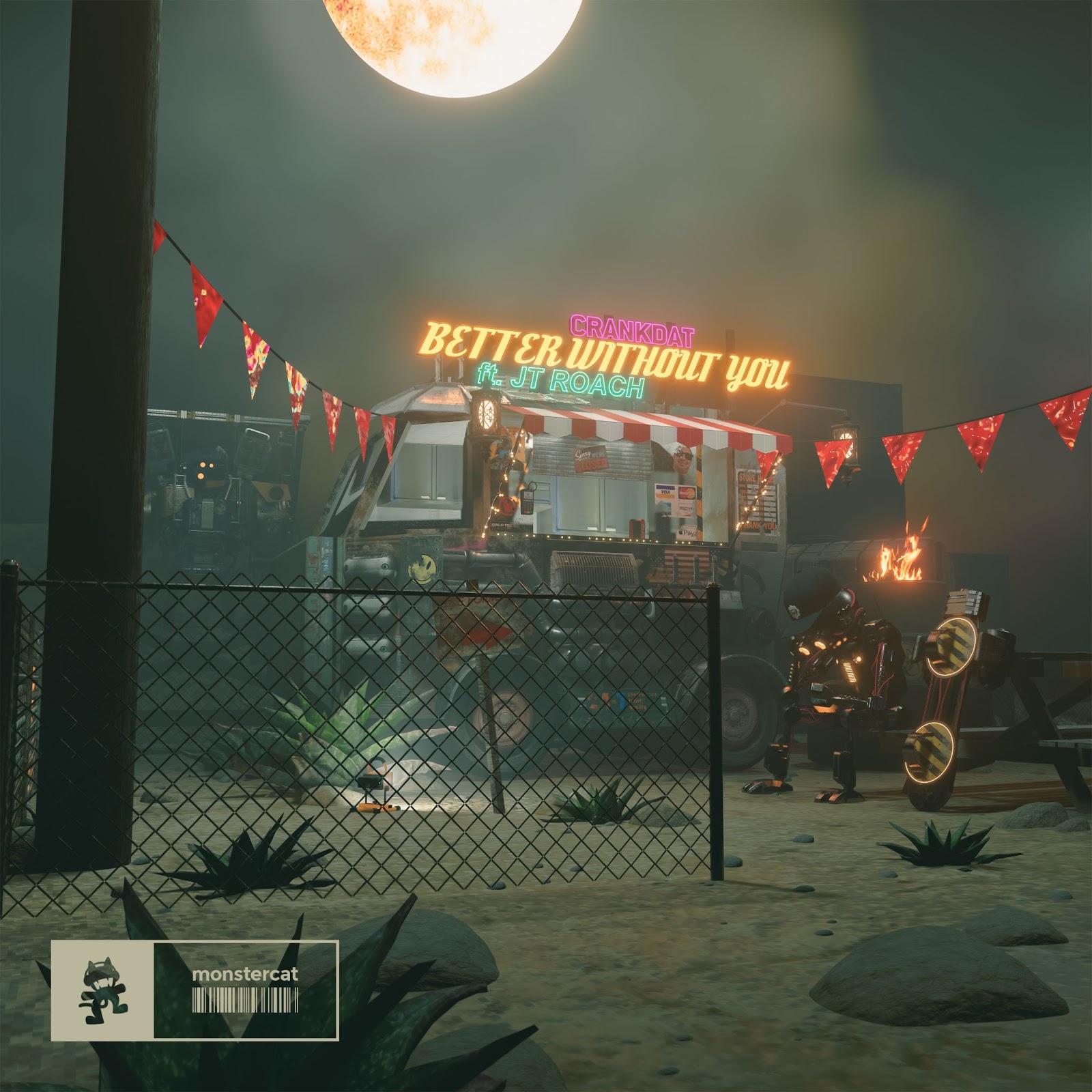 Nearly six months after the release of his last Monstercat single, “Dark Room”, dubstep powerhouse Crankdat returned to the label with the release of “Better Without You”.

Featuring dynamic vocals from lauded singer-songwriter JT Roach, “Dark Room” has all the makings of a summer festival anthem. The addictive synth chords, vocoded vocal chops, and thumping drums are the defining characteristics of the energy-fueled drop. Listeners can look forward to hearing the familiar Crankdat sound as “Better Without You” encapsulates his boundary-pushing style, sought after by collaborators across the industry. Introducing his first release of 2021, this is a sign of more music to come from both of the talented producers on Monstercat.

JT Roach shares, “I wrote this song with my friends Crankdat, Madi Yanofsky, and Todd Spadafore. We hope you love it as much as we do!”

Crankdat has performed all over the world, at EDC Las Vegas, Wobbleland, Sunset Music Festival, and more recently, on livestreams for Dreamworld and Global Dance Digital Festival. His remixes and originals have seen widespread support from major artists like Marshmello, DJ Snake, The Chainsmokers, and more. JT Roach is an LA-based singer/songwriter, known for winning NBC’s hit show, ‘Songland’ in 2019. He’s one of the most sought-after crossover artists in the space, having collaborated with everyone from OneRepublic and SLANDER, to Krewella and Lil Jon.