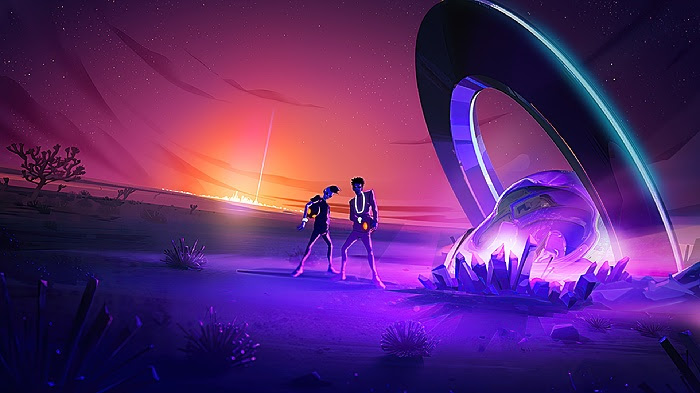 Martin Garrix and Maejor have recently signed with STMPD RCRDS/Hollywood Records (Disney Music Group) for their project AREA21. The music of AREA21 follows a story arc of two alien travelers who trip through the cosmos spreading a message of unity and good vibes when they accidentally crash to Earth.

Their joint adventures are portrayed musically and visually throughout a series of songs and accompanying animated videos, produced by award-winning animation studio Titmouse (Run the Jewels, Dua Lipa,). These songs are scheduled to roll out this spring & summer and culminating in an album due out this fall.