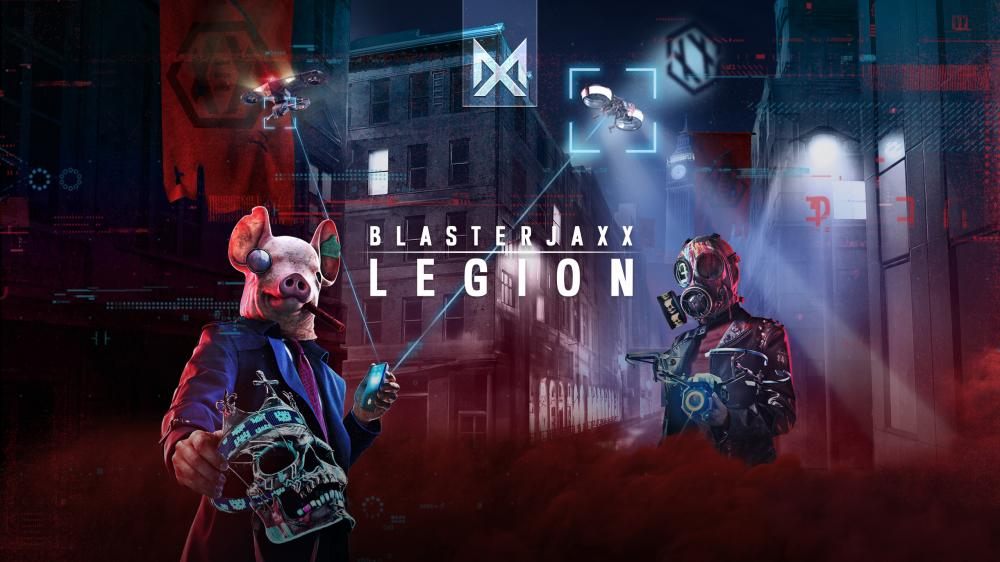 Thom Jongkind and Idir Makhlaf, as the duo are known outside of their artist alias, are big video game enthusiasts and saw the ultimate collaboration in Watch Dogs Legion.

“A year ago, we were asked by Ubisoft to come up with a promo track for their new game Watch Dogs Legion, from the get-go we found the partnership incredibly cool. Combining Gaming with Music resulted in an entirely new way of producing.” -Blasterjaxx

In Watch Dogs: Legion, London is facing its downfall. Amidst the growing unrest of a restless London, an unknown entity named Zero-Day has framed secret underground resistance DedSec for coordinated bombings across London. Drawing inspiration from the trailer and graphics of the game, the Dutch duo approached the record with an enigmatic, mysterious theme. Utilising vocals that mirror the vibe of the game, Idir himself sings on the track adding to the dark, depth of the record.

Taking the release to new heights, Ubisoft®, Spinnin’ Records and Blasterjaxx joined forces with Australian director James Chappell, who has previously worked with the likes of Tiësto, Armand Van Helden, The Bloody Beetroots and many more. In collaboration with Apostle Digital, Blasterjaxx’s ‘Legion’ was shot in Sydney, Australia in Victorian era locations such as Museum station and other industrial underground spaces to replicate the vibe of future London showcased in the video game. Relying on real locations, fight choreography, stunts and pyrotechnics the world is captured with additional VFX to enhance the video and deliver future tech elements.