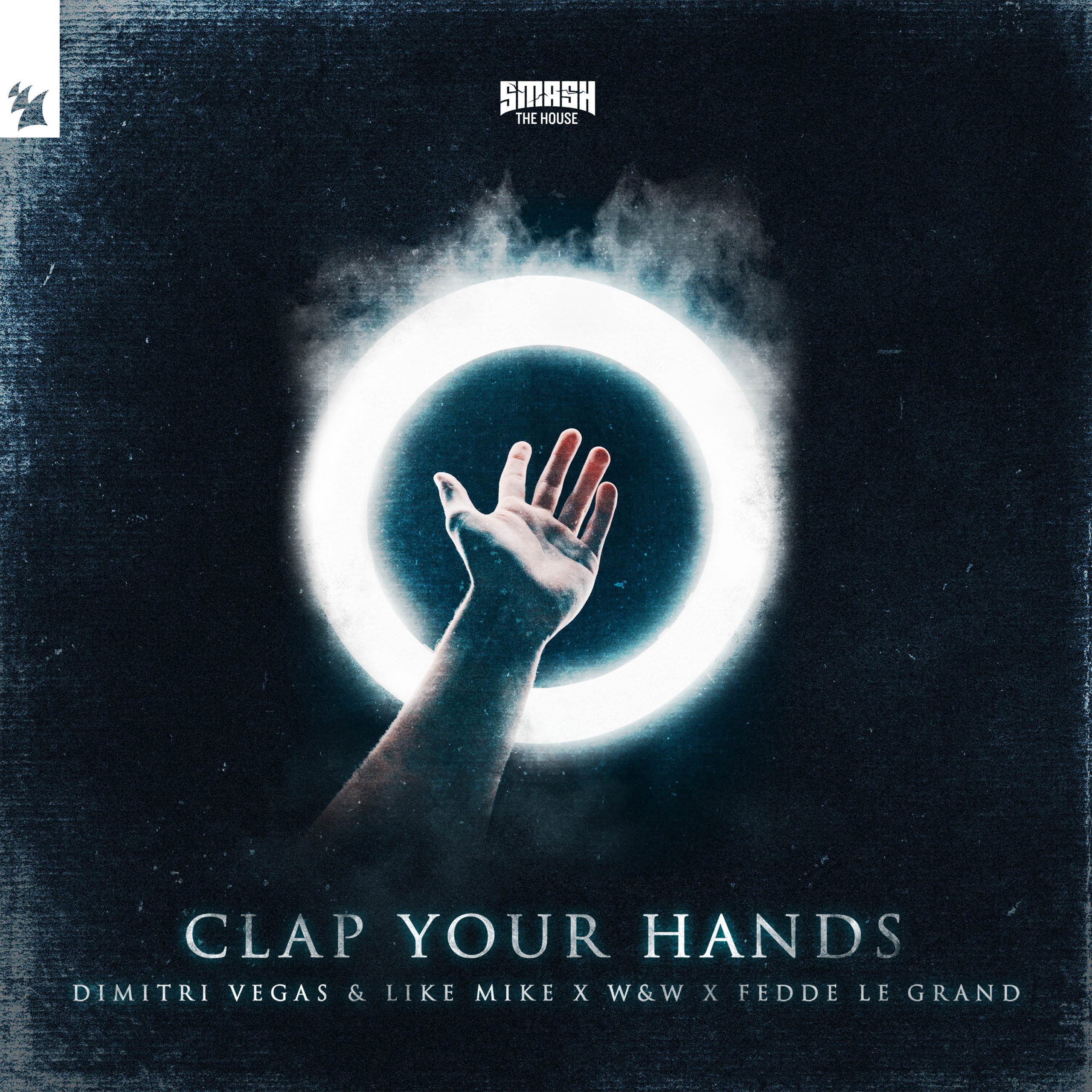 Dimitri Vegas & Like Mike W&W Fedde Le Grand Clap Your Hands – Belgium’s favourite duo Dimitri Vegas & Like Mike maintain their recent forward momentum with their latest single, this time joining up with long-time Smash The House family members W&W and iconic hitmaker Fedde Le Grand for ‘Clap Your Hands’. Dimitri Vegas & Like Mike have been on a mission to provide fans with new material and entertainment during the recent lockdown, recently dropping ‘Raver Dome’ with friend Steve Aoki under their 3 Are Legend alias, along with Justine Prime and Sandro Silva, in addition to giving loyal followers their fix of Tomorrowland magic in absence of the real thing with their ‘Garden Of Madness’ mega mix.

‘Clap Your Hands’ begins with a vocoded top line, instructing fans to clap their hands as the intensity builds towards the drop. A plucked hook, expertly interspersed with snippets of the main melody, keep excitement levels high throughout. The track slows to a standstill during the main break, gradually picking up the pace before unveiling an epic, stadium-ready cacophony of lush tones. The latter part of the song sees the two main musical elements combine to impressive effect, ensuring the track is high energy and constantly evolving, guaranteed to get people moving wherever they are listening.


Dimitri Vegas & Like Mike have been busy making the most of their time away from touring during this period, demonstrating their unwavering commitment to their craft and a desire to maintain the momentum that saw them regaining their status as World #1 DJ’s at the end of 2019. ‘Clap Your Hands’ is accomplished and crisp, as Fedde Le Grand and W&W contribute their considerable arsenal of production capabilities and the trio of acts come together to excite and rouse in equal measure.
In this article:Clap Your Hands, Dimitri Vegas & Like Mike, edm, edm 2020, edm release, edm releases, featured, fedde le grand, steve aoki, w&w