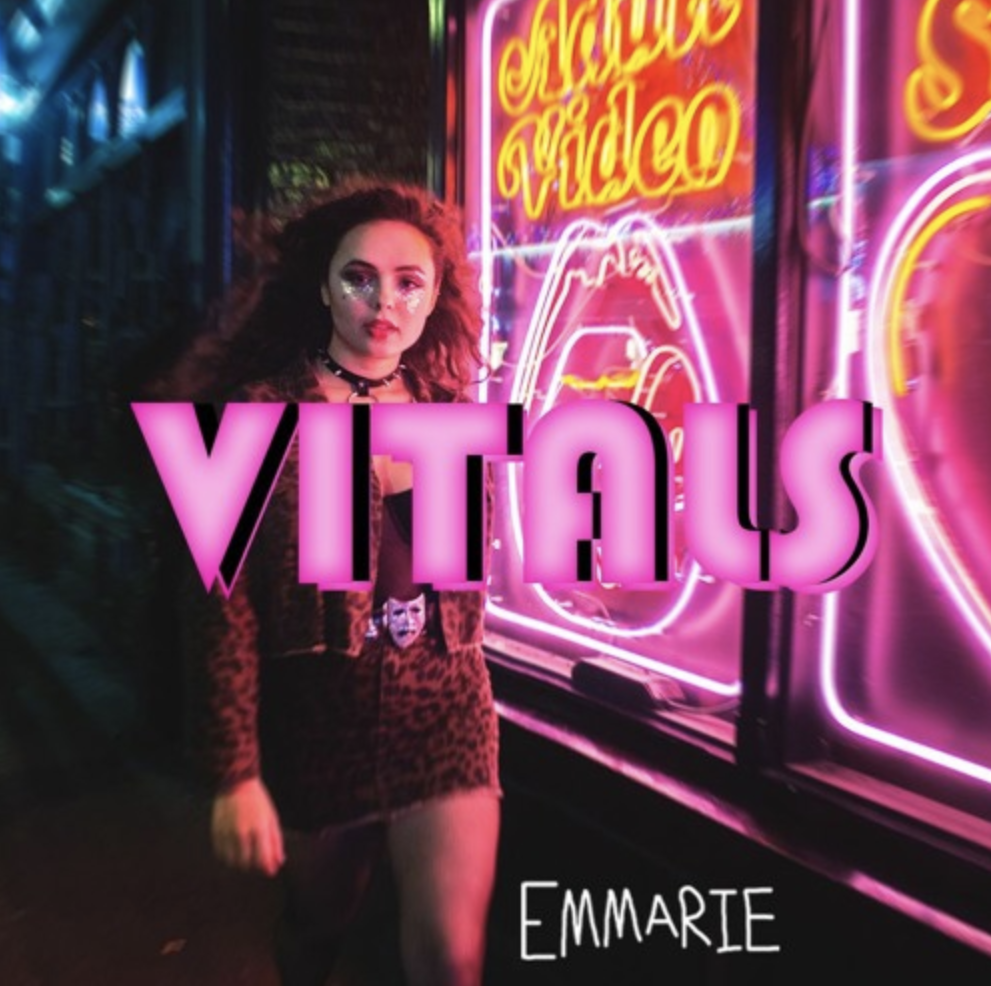 EMMARIE is sharing her latest song to reach the world today, “Vitals,” and our ears can’t be happier. Taking her music to a whole new level, this is the next step forward for the ever evolving artist. “Vitals,” proves instantly to be one of her best penned singles yet…and her catalog is already hard to be. Somehow EMMARIE manages to outdo herself each and every time.

Listen on Spotify:
https://open.spotify.com/track/6M3jkBRz4gL6PzXRSmEl5d?si=KzaG7pfBQ_maTb2VkiIJHw
EMMARIE · Vitals
EMMARIE brings to the table a sound that will lure you in from the first listen. She takes her love of all genres, including Pop, Rock and a dash of Punk, to create a sound that is not only inspirational but bold and captivating.
Known for creating music that is not held by any boundaries, she creates inspirational music with hooks that make you move, and lyrics with a passion for life.
EMMARIE gives us a bit of insight on the track, stating:
“Vitals” on the outside sounds like a catchy love song, but it also has a much deeper meaning to me. Vitals, to me, is about being a woman and taking chances that people say you shouldn’t take,  or going for goals that people say you’ll never reach. It’s about taking control over your own life, and making decisions for yourself, whether it be an opportunity, an outfit, or whatever women are judged for. It’s a powerful song, that will leave you feeling strong, sexy, and confident, no matter gender, age, sexuality, skin color, etc. You have the power to go for your goals.”
EMMARIE is no stranger to the world of music. Her accolades include being an award winning singer-songwriter who has garnered two nominations by the prestigious New England Music Awards for Pop Act of the Year.
EMMARIE has shared the stage and performed with artists such as Halsey, Melanie Martinez, Bebe Rexha, The Chainsmokers, Troye Sivan, Iggy Azalea, Nelly, Mike Posner, Panic! at the Disco, Gwen Stafani, Blink 182, Train, Andy Grammer and many more. WOW just WOW!
To dive more into EMMARIE’s history. she began entering and winning vocal contests and with the support of family, friends made the leap into the music world. She wrote and released her first song “Fighting Dragons” at the age of 13. She is an active anti-bullying advocate and supports events to raise awareness and invoke change. She supports many other charities and causes, a true believer in giving back. No show is complete without full audience participation.
EMMARIE’s new release “Vitals” is out via your favorite digital platforms, today 5/22/
In this article:emmarie, vitals