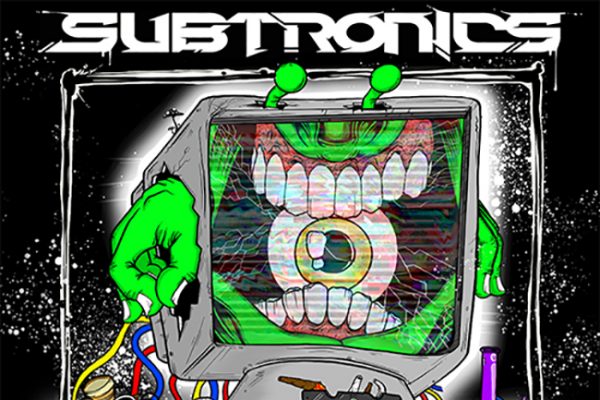 Continuing to ride the wave of his recent triumphs, Subtronics is back with Scream Saver EP, a four-track offering furthering the depths of his ceaselessly expanding sound. We’re sure fans are ecstatic to finally get their hands on some of Jesse Kardon’s most highly-anticipated unreleased material.

Starting off the four tracks, ‘Scream Saver’ features stomping kicks mixed with massive bass hits and resembles one facing off against a final boss in a video game. ‘Lullaby’ sees Subtronics team up with UK grime rap duo Virus Syndicate while pitch-sliding basslines hit you squarely in the chest. ‘Discotek’ incorporates the production skills of Akeos with crazy sound design, glitches and drops that never seem to stop bringing in new sounds. And rounding out the bunch, is the aptly named ‘Blow Stuff Up’, featuring a hard riddim that’ll be sure to break rails and necks, due to its insane flow.

Giving more insight into the release, Jesse says: “There are several different approaches I have taken with this EP. It is a more noticeable range in sound design and mix down style. When I play live I am paying so much attention to the crowd, analyzing their reactions, that it can lead to overthinking. But ultimately, this has led me to look for a cleaner and more simplified, yet hopefully still unique and powerful sound.’’

His Scream Saver EP is out now on Cyclops Recordings, so lock yours in here and prepare to get that head twisted!