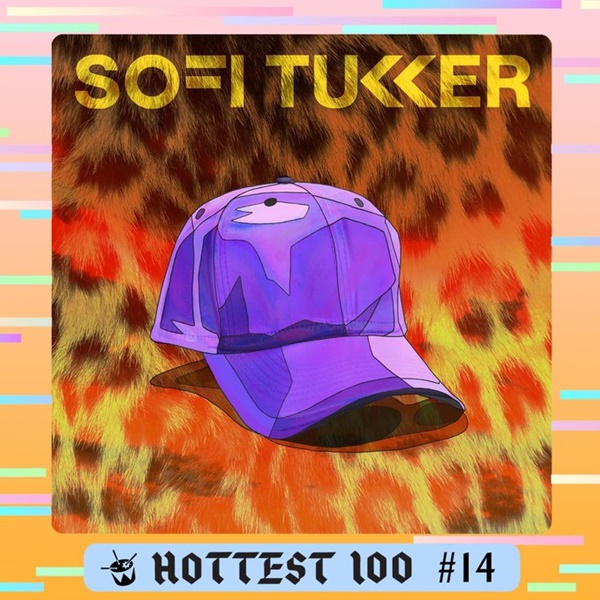 SOFI TUKKER, the genre-defying pairing made up of Sophie Hawley-Weld and Tucker Halpern, are celebrated for their inclusive and global perspective on electronic music and their work’s themes of liberation, unity and self-empowerment. Their debut single, Drinkee, and album Treehouse, were both nominated for Grammy awards and their records have achieved Gold or Platinum status on every continent other than Antarctica. Their electronic live shows continue to sell out venues across the planet.

#14 on the triple j’s Hottest 100, Purple Hat, is an exemplary of what made the world fall in love with SOFI TUKKER, a joyous paean to communal dancing and letting your freak flag fly with a monster riff and playfully adventurous production.

The group are thrilled to be voted by the Australian public into #14, “We’re so honoured to have a song in the triple j hottest 100. Australians have the coolest taste. We make weird music so we never anticipate radio success. it’s so cool that there’s a radio station really representing all the weirdos like us.”

It has been a busy start to the year for the duo, with them kicking off 2020 by sharing a new version of their hit song, Swing. Originally all sung in Portuguese, the group collaborated with one of their favourite Australian artists, Allday, to bring an escalating flow over the songs dramatic strings and ominous chant. On top of this, they will be appearing on the soundtrack of the forthcoming Warner Brothers film, Bird of Prey, out February 7.