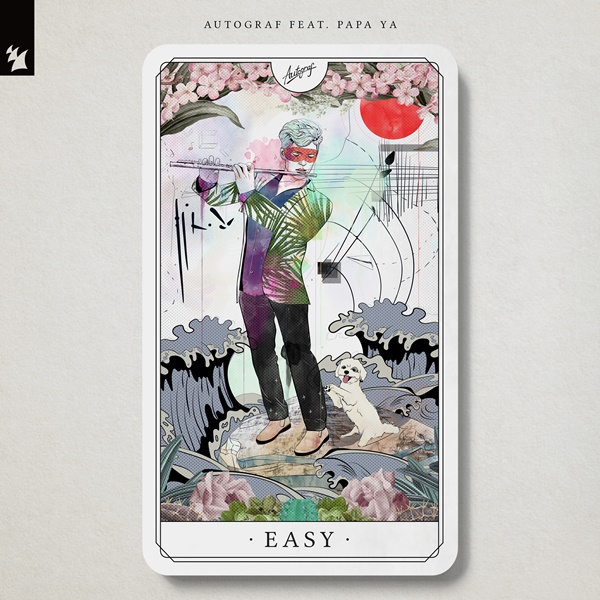 Autograf Easy Featuring Papa Ya – As fans are impatiently counting down the days to the full release of ‘The Ace Of You’ in April, Autograf continue to tease bits and pieces from their forthcoming album to showcase its multiformity and synergy ahead of its release. The duo released the album’s second single: a brilliant display of skill titled ‘Easy’ (feat. Papa Ya).

Sporting a delicious upbeat vibe and super-catchy vocals, ‘Easy’ is a love triangle between easy listening, danceability and summer vibes. Representing one of the many, radiant colors of ‘The Ace Of You’ album, this track shows just how resourceful the Autograf boys are and why their music is bound to rule the world.

Autograf: “You know that feeling when you’re vibin’ with a girl so hard everything comes easy? It’s kind of a metaphor for our lives since we moved out to California. You know, because we’re out here sippin’ margaritas on a weekday.”


Autograf are easily one of the most exciting acts in today’s dance music scene. After starting off their journey crafting up remixes for popular artists, the duo’s debut original, ‘Dream’, catapulted them to great heights. Since then, they’ve had a steady output of successful releases (e.g. ‘Nobody Knows’ feat. WYNNE, ‘Simple’ feat. Victoria Zaro, ‘Dead Soon’ feat. Lils & Bonsai Mammal) and saw their music licensed in popular television series such as Netflix’s ‘The Innocents’, NBC’s ‘The Blacklist’ and major ad campaigns from global brands such as Louis Vuitton. On the live front, Autograf played festivals such as Coachella, Lollapalooza and EDC Las Vegas alongside headline shows in Thailand, Indonesia, Brazil, Spain, the Netherlands, France and plenty of other places across the globe.