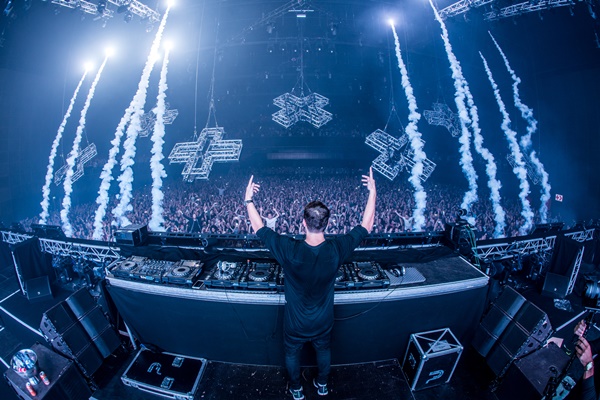 From Monday 14 to Wednesday 16 October, the STMPD RCRDS Writing Camp will take place at STMPD recording studios, where 16 producers and 30 songwriters will work on a slew of new material across 11 studios.

The Martin Garrix & STMPD RCRDS Pop-Up Store will be open from midday to 5PM from Wednesday 16 – Saturday 19 October at art’otel amsterdam. At the Pop-Up Store fans can buy exclusive merch, win a meet&greet with Garrix and use the AXE video booth. The STMPD Post Office will also give fans the chance to buy and send exclusive postcard designs to their friends and family all over the world. The invite-only STMPD RCRDS Mixer takes place at the same venue on Thursday 17 October from 10PM – 2AM with STMPD RCRDS artists performing.

Then the weekend sees Garrix play two huge shows at the RAI Amsterdam: an 18+ show on Friday 18 October from 10PM – 6AM, and an all-ages show on Saturday 19 October from 5PM – 10PM. Next to Garrix, a lot of STMPD RCRDS artists will also take the stage including Bart B More, Blinders, Brooks, Dyro, EAUXMAR, Infuze, Julian Jordan, Loopers, Matisse & Sadko, Osrin, Silque, Todd Helder and TV Noise. Grab the last tickets here!