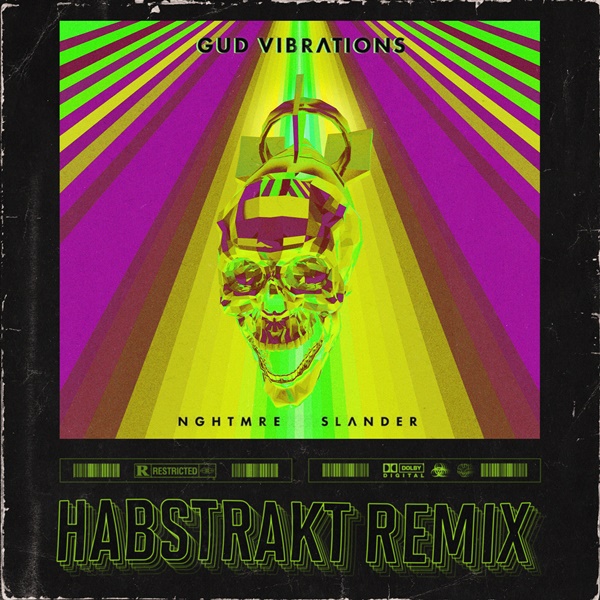 Habstrakt continues to grow his distinctive style of house, bass, and dubstep into a catastrophic force to be reckoned with. His uncommon signature sound is a staple at festivals worldwide, and can be found on labels like Never Say Die, Mad Decent, Monstercat, and Spinnin Records. Habstrakt’s quality productions seamlessly blend bright melodies mixed with carefully chosen samples and outstanding synth work. He has toured throughout the world and performed at major festivals such as EDC Las Vegas, Electric Zoo, Ultra Music Festival in Miami, Field Day Sydney, and many more. Highly known for his release of the iconic ‘Chicken Soup’ and ‘Vibin’, Habstrakt continues to push forward with new originals and remixes.

The original “Gud Vibrations” is a fan favorite that has since become so much more. After it’s release on SoundCloud, Mad Decent picked it up as part of the “Nuclear Bonds” EP. Following its success, NGHTMRE and SLANDER performed under the joint brand “Gud Vibrations” at The Hangar during the 2016 edition of Miami Music Week. From there, the trio has brought the Gud Vibrations show all over the world including bus tours and major festivals like EDC and Ultra, using their mind-blowing production wherever they can. They enjoy performing together not only due to their friendship, but also because they are able to fit in different songs by NGHTMRE and SLANDER that truly speak to the purpose of Gud Vibrations.

In addition to the performances, NGHTMRE and SLANDER launched a Gud Vibrations record label in 2018, releasing music from some of their favorite artists and keeping the good vibes alive for their fans. It’s a platform where they can showcase talent that they believe in, while continuing to grow the Gud Vibrations brands in different ways. With a joint tour in motion and new music on the way, you can expect this brand to continue to feed fans in positive ways for the rest of 2019 and beyond.