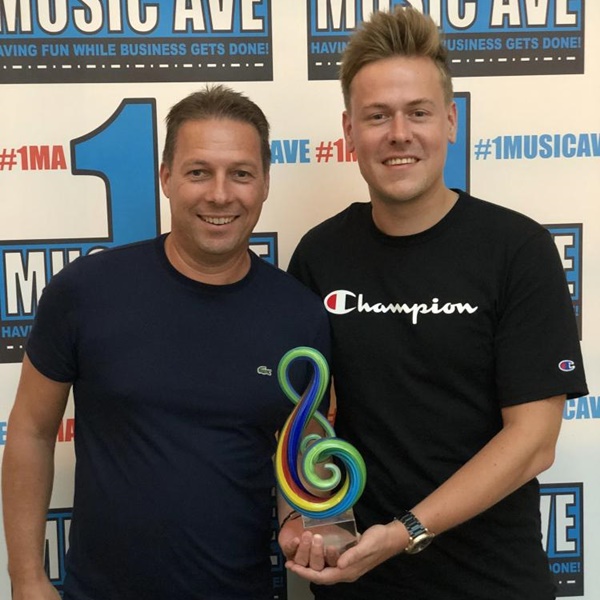 The 1 Music Ave is a three-day music industry event in Fort Lauderdale, attended by all of the US (dance) radio stations and industry players, ending with a special awards show this Tuesday. Here, several awards were handed out to artists, radio stations and label executives. As votes come from hundreds of US music industry professionals, the awards take in a special place for everyone involved in music and promotion.

“I am very happy and honored with receiving this award”, says Spinnin’ Records CEO Roger de Graaf. “Especially when you look at the strong competition we had, and as these votes have come from professionals in the music industry, this means a lot to us. Thanks to everyone who supports us, this is a beautiful present on our 20th anniversary!”

Spinnin’ Records also saw its 2018 hit release ‘Nothing On Us’ by The Him receive a nomination for #1 Dance Song.

The label is currently enjoying worldwide success with Sam Feldt single ‘Post Malone’ (feat. RANI), which already counts over 70 million streams, and is being promoted now by Warner Records (US) and Atlantic (UK).

Other current hit tracks by Spinnin’ Records are Yves V – ‘We Got That Cool’ (feat. Afrojack & Icona Pop) and LUM!X & Gabry Ponte – ‘Monster’, while Spinnin’ act Kris Kross Amsterdam is releasing the much anticipated single ‘Ooh Girl’ (feat. A Boogie Wit Da Hoodie) together with Conor Maynard on August 23rd.