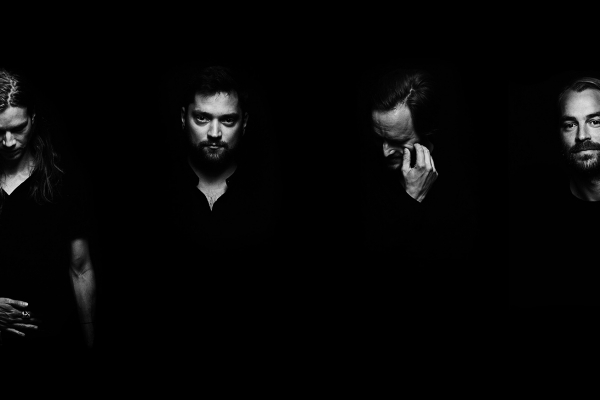 Reminiscent of iconic electro-analogue bands like Massive Attack and Hybrid, Symphony is a luxurious, elegant piece of work from band members Patrick Ray, Hannes Söderlund, Leonas Somovas and Verner Westlund. Personally signed by Steve Angelo to the SIZE family in 2015, the Swedish-Lithuanian collective were given creative carte blanche by the Swedish House Mafia hitmaker – and it shows, in spades. From the Alabama 3-esque opening single ‘Wasted Youth,’ with its restrained, controlled, orchestral opening, to the dangerously driving ‘Got Some Water,’ bristling with pace and energy in the minor depths of the musical scale like some ominous James Bond theme tune, Symphony is unlike anything else that’s previously been released on SIZE.

Combining rock with classical, electronic with analogue, the LP builds and moves like a living creature, the dynamism of the Lithuanian Chamber Orchestra a spine-tingling addition to the band’s performance. Strings soar and strut through ‘Make Love,’ brass roars to life on ‘Highly Sedated,’ the entire orchestra coming together with guitars and vocals to reach truly soul-stirring heights on singles ‘Existence‘ and ‘Last Call.’ Through the swelling, stirring euphoria of ‘We Try,’ to the gentle strains of ‘Slip Away‘ that erupt into a loaded, spine-tingling, dance floor call to arms, vocalists Ray and Westlund charge the atmosphere with unrelenting energy, their toplines weaving, dipping and rushing up through the composition and production.

Simply put, Symphony is the stuff audiophiles’ dreams are made of. Mature, complex and layered, the album should put Highly Sedated firmly on the international music map and on the 2019 playlists of qualified tastemakers everywhere.