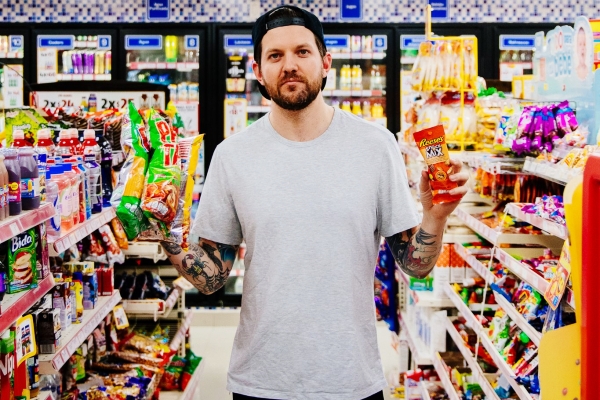 Dillon Francis – “What’s In Dillon’s Box” – Multi-platinum-selling DJ and producer, Dillon Francis announced yesterday the launch of his new YouTube video series titled, “What’s in Dillon’s Box?.” The weekly digital series will feature Francis reviewing an assortment of random items that, as he states, “he buys on Amazon when he’s drunk.” Each week, viewers will have the chance to win a prize from Dillon‘s box. The debut episode featured the world-renowned DJ reviewing a Vector Robot in the most typical Dillon fashion, extremely colorful and comedic. Subscribe to Dillon Francis‘ YouTube channel here to watch the weekly series.

Francis is currently promoting his most recent single, ‘Change Your Mind‘ a collaboration featuring platinum recording artist, lovelytheband. This unique collaboration between Francis and lovelytheband stirred much excitement amongst fans of both artists upon its’ release back in late March, and the recent release of the single’s music video gave fans a hilarious look at Francis as alter-ego, Rick Jambles, an eccentric sports commentator for the “Pro Darts Sports Network,” bringing to life the “high-intensity & exhilarating” athletic tournament of darts.

It was recently announced that Dillon had signed a development deal with 20th Century Fox Television for an animated comedy series called, Gerald’s World centered around a character he created from a piñata. In addition to the series inspired by Gerald the piñata, Francis also released last month his second wardrobe capsule of his Gerald Collection in collaboration with Barney Cools. Earlier this year he wrapped a 15-city, US co-headlining tour, the Lost My Mind Tour alongside Alison Wonderland. It was also announced that he had lent his talents to the film, The Lego Movie 2: The Second Part as he teamed up with T-Pain and That Girl Lay Lay for its’ featured track titled, ‘Catchy Song.’