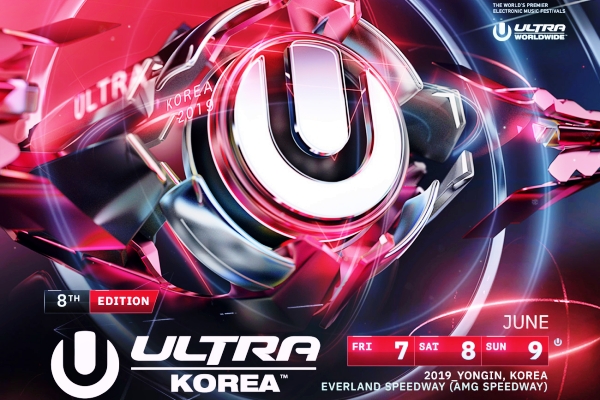 ULTRA Korea 2019 – Phase Three Lineup – Having recently announced their move to the impressive Everland Speedway venue in Yongin, ULTRA Korea have now unveiled yet more superstar talent set to christen the new grounds on  June 7th-9th, 2019. As previously announced, Swedish House Mafia will be making history once more with an exclusive closing performance from the globally adored trio on the final night of ULTRA Korea.

Bass-fueled electronic outfit Knife Party and pioneering British luminaries Underworld have been added as headliners for the 8th annual edition, setting the tone for one of the biggest Phase 3 lineups in the festival’s history. Boasting a diverse array of global talent, British house legend Hot Since 82 will join the RESISTANCE roster, psychedelic duo Infected Mushroom (Live), mosh pit master Kayzo, Main Stage favorite NGHTMRE and Canada’s genre-bending duo Zeds Dead, as well as Compton rapper YG have all been added and will perform this June.

The event will also see the continuance of its very own Live Stage, hosting enthralling live performances by YG, Infected Mushroom and many more. Virtual Self will be headlining the stage with his critically acclaimed and highly sought-after live show, which is bound to leave guests mesmerized.