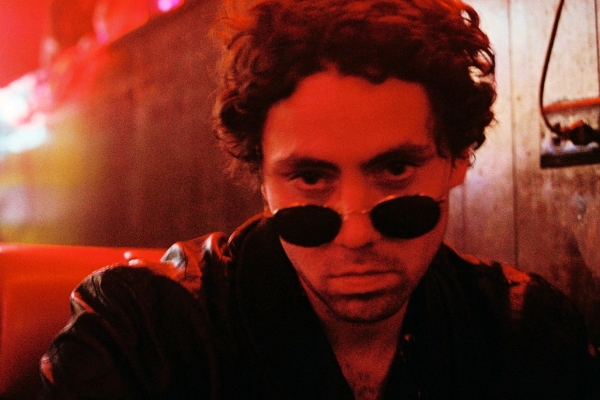 “The title track features Lua Preta – a Warsaw based duo helmed by Angolan MC Ms. Gia G and Polish producer Mentalcut. I was particularly drawn to the trilingual vibes in Ms. Gia G‘s voice that delivers in Portuguese and Angolan with a hint of Polish,” Tony explains.

“I’m perpetually inspired by these types of cultural crossroads,” he continues. “As a third generation immigrant growing up in both London and New York City, I was exposed to two of the biggest global melting pots on the planet at an early age and use my background as a percussionist to harness the myriad influences from my upbringing.”

“In addition to modern globalization and the diaspora, the EP celebrates the connections between ancient cultures and my fascination with the bizarre similarities between their art, religion, and structures. ‘Panama’ is a crossroads country between North and South America, and it also happened to be a catchy hook in the lead single, so it was an easy fit for both the title and as a reference for the artwork which borrows from ‘Panama’ folk art Mola.”

Having spent his formative years in New York and London, the now Los Angeles-based DJ and  producer Tony Quattro brings an authentically eclectic aesthetic to the table. Equally influenced by the sounds of the five boroughs of NY as he is from the seven continents of the world, this versatile creator persistently branches out into new territories, shifting his rhythms and tempos to avoid any form of typicality.

In the few short years since establishing himself, Tony has released his unique brand of club music on influential dance labels such as Trouble & Bass, Nervous Records, Mad Decent, Ed Banger, Nest HQ, OWSLA, Enchufada, Night Bass, Sweat it Out, Main Course and more. In addition to his productions, Quattro has quickly made a name for himself as a go-to composer, owing to his work on Comedy Central favorites such as ‘Broad City,’ ‘Detroiters‘ and ‘Idiotsitter,’ Hulu‘s ‘Difficult People‘ and Kenzo‘s short film The Realest Real, not to mention syncs with Adidas, Marvel, Samsung, Showtime, Stella McCartney and many more.