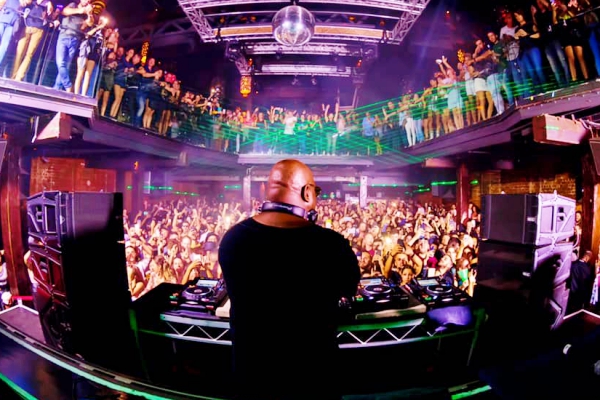 Best known for being one of the founding fathers of house, Carl‘s credits include a highly acclaimed annual 14-year residency at Space, Ibiza, as well as sets at the likes of DC10, Glastonbury and Fabric. Away from touring, he has released numerous productions on esteemed labels including Perfecto Records, Edel UK and PIAS that have solidified his status as an all-around industry pioneer.

Combining the original sounds of ‘Body Funk‘ with rolling percussion and an overall deeper atmosphere, Carl reinvents the track by adding a touch of techno that aligns it with the sound he is revered for.

One of the most notable club tracks of recent times, Purple Disco Machine‘s ‘Body Funk‘ is still included in sets by Black Madonna, Jamie Jones and Fatboy Slim. The single is currently #1 on the BBC Radio 1 Dance Chart and is getting multiple plays across the R1 dance music family including Danny Howard, Pete Tong and Annie Mac – who crowned the track her “Hottest Record In The World.”

Having enjoyed a stellar 2018, Dresden born disco-house producer Purple Disco Machine is quickly becoming one of the most prolific and sought after producers in the industry. Having recently remixed Calvin Harris, Fatboy Slim, Weiss and Jax Jones, he has also been named as Beatport‘s #2 artist of all time.

This release precedes a range of remixes featuring an incredible line up of producers, including Claptone and rising star Dom Dolla.