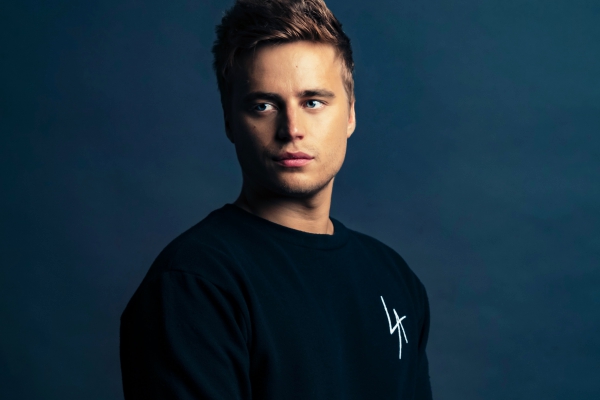 ‘By The River‘ is a guitar-laden track which combines bouncy basslines and soft piano chords surrounding Jamie N Commons‘ soulful vocal performance. The British singer and songwriter’s gravel-laced tones over Klingande‘s uplifting melody results in a harmonious blend of both artists’ distinctive sounds.

Giving listeners the first taste of his upcoming album Klingande says, “With ‘By The River’ I wanted to come back to what I love the most, with something happy, groovy, really organic with my pop/folk influences. I’m really excited about my upcoming album, I have dreamt a lot about it and I’ve worked with my team for a year making sure I’m 100% happy with all the new songs.”

The Album will be comprised of two sides; CD1 will feature brand-new productions and CD2 will be filled with the French producer’s previous hits, including the multi-platinum selling single ‘Jubel,’ ‘RIVA,’ ‘Pumped Up‘ and his last release ‘Wonders.’

Alongside the release of The Album this September, Klingande is gearing up for the fifth edition of Klingande‘s Playground at this year’s Miami Music Week. Not stopping there, he will be embarking on a North American and European run of shows for The Intimate Tour this Spring, which will give fans a taste of the forthcoming album, full list of dates below!

The Album is an exciting and diverse body of work, which displays Klingande‘s signature production style. ‘By The River‘ and the upcoming album marks a new musical chapter for Klingande with 2019 already shaping up to be the Frenchman’s biggest year in his career so far.