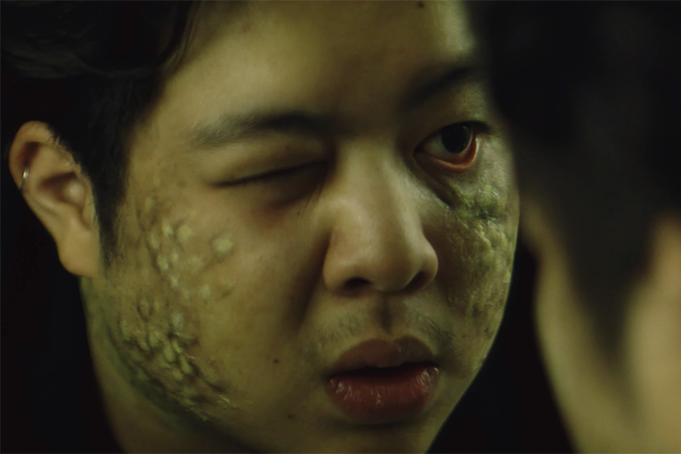 Josh Pan – ‘Undefeated‘ Official Music Video – Producer and singer josh pan has shared the video for his song ‘undefeated‘ from his latest EP, the world within, out now on OWSLA. The video follows josh regaining his confidence after a breakup, but he becomes afflicted by a mysterious infection that slowly transforms him into a snake.

josh elaborates on the song, “the meaning behind ‘undefeated’ is totally up to each listener’s interpretation. when i wrote the song, i had just realized that life is nice when you appreciate where you are and what you have. the grass always looks greener on the other side, but it’s already pretty green on this one, too.” Director and long-time josh pan collaborator Liam Underwood (who also directed josh‘s ‘nowhere‘ and ‘Platinum‘) adds, “every project Josh and I have worked on together has been an opportunity to tell a story, usually in the form of a metaphor. I have a really good time bringing that to life visually.”

Since being discovered in 2015 by Skrillex and 88rising‘s Sean Miyashiro, josh has put out a constant stream of music including his 14-minute Opus remix of Keith Ape‘s ‘It G Ma‘ featuring an all-new verse from then-rising-star Anderson .Paak, his singles ‘platinum‘ and ‘nowhere‘ with X&G, ‘give it to ya‘ featuring ABRA, his latest EP the world within, and an unmatched stream of surprise SoundCloud uploads throughout the years.