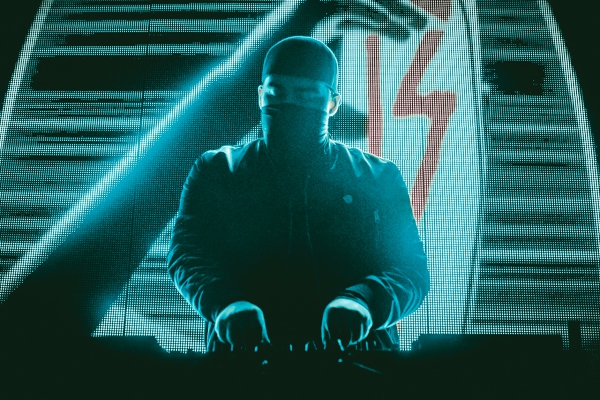 13 is an anonymous, all analog bass producer who has been making massive waves in the dance and festival scene since first appearing in the spring of 2017. With a recent appearance on REZZs acclaimed sophomore album Certain Kind of Magic and their joint single ‘DRUGS!‘ soaring past 3.5 million streams on Spotify alone, his original tracks are regularly played out at festivals and clubs by the likes of Bassnectar, REZZ and more as the rising artist continues making waves across the electronic and dance music communities.

13 is a rising star in the dance music scene and has been making appearances on REZZs Certain Kind of Magic Tour as well as a handful of select headline shows. The incognito artist keeps fans in anticipation with an unpredictable release schedule and by working with a handful of taste-maker record labels and collaborators, always casting his eerie presence across fans and listeners alike.