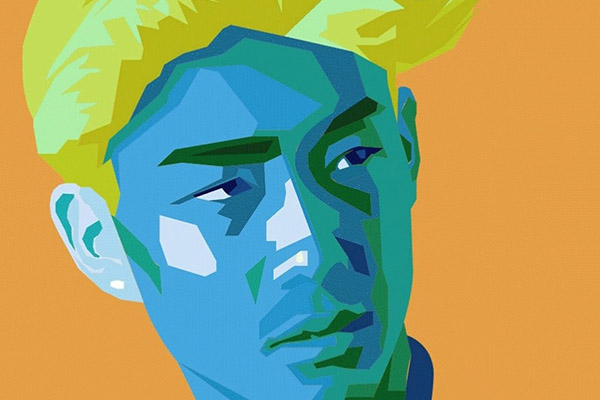 He rounded off 2018 with a release of one of his track’s on the annual Quality Goods Records compilation, and he is a name that people are really starting to talk about. We are referring to yojas, who joins us for an exclusive interview today. We got to know him better – with a look at his inspirations and achievements so far.

Thanks for joining us and a Happy New Year to you! How long have you been making music for? What initially inspired you to start?

Thanks for the warm welcome and Happy New Year to you all as well! I’ve making music for about 5 years, which all started in my freshman year of college. At the time, my friends and I went through a dumb rap-freestyling phase which really inspired me to start making beats for us on Garageband to rap over. I quickly realised how god awful we were at rapping so we all slowly stopped, but my passion for beat-making started to grow and I have been producing my own music ever since. During this time, I was also introduced to raves and went to my first show in 2013 (Hard Summer) which really ignited my for passion for trap and dubstep music. After a couple years of honing my craft, I finally put out my first song “.uoykcuf” almost exactly a year ago today which launched the yojas. project.

How do you feel your sound and influences have changed along the way since you started, and are they constantly evolving?

My main influences like Skrillex and Mr. Carmack will never change but yes I do believe they have drastically changed over the course of this year. I was initially heavily influenced by rickyxsan’s production.

My style is focused on simplicity. I feel like people are not only gravitating towards the simple aesthetic, but also simplicity in sound. I really enjoy making really dumb, simple tracks that hold the perfect amount of intricacy but can still bang. I think nowadays people on SoundCloud make music that is too technical or experimental for an average listener to enjoy. I want to make music that can cater to both the average listener and the undergrounders.

Whose works are you particularly feeling right now?

Right now I’m super into artists like thook, t1r, and Krischvn. I’m also in a 10 person producer “boyband” called Urde. Urde is a collective of some of my really talented homies such as B-dos, Olswel, and Scharame. I would highly suggest checking out these artists for they all are a huge inspirations for my music. I also really, really, really fuck with joji. He’s a huge inspiration of mine.

You’ve just released your ‘Apathetic’ on the latest Quality Goods Records compilation – we love it! Where did the inspiration for it come from?

The sounds on the tracks were highly inspired by the sumthin sumthin deep synths and wubs that we all love. I really tried to twist and incorporate those sounds into my own style for this track. I was also heavily influenced by ‘Babatunde’ (probably the most played out song of 2018) which is in regards to the freeform bass sections in the second half each drop.

Are you happy with how the track turned out?

Creatively, there not much that I could think of to add to this project but personally, every song feels unfinished to me. Whether it’s my master or my music writing, I’m ALWAYS very skeptical about my finished product. But the fact that people enjoyed this track reaffirms my confidence in it and I’m super happy how it turned out.

How did you first meet the team over there?

I haven’t formally met anyone from QGR but this was all sparked from an email I sent for a potential song release. Since then, I feel like they’ve had their eye on me.

What were a couple of highlights from 2018?

Some highlights: QGR release ‘Below the Surface’ and the ‘Don’t Die Release’ and premiere hitting 2k followers.

What do you most want to achieve this year and why?

This year I really want to try to play more shows. I still have not learned out to properly DJ. Its definitely something I’ve been putting off for a while and it has prevented me from a couple great opportunities.