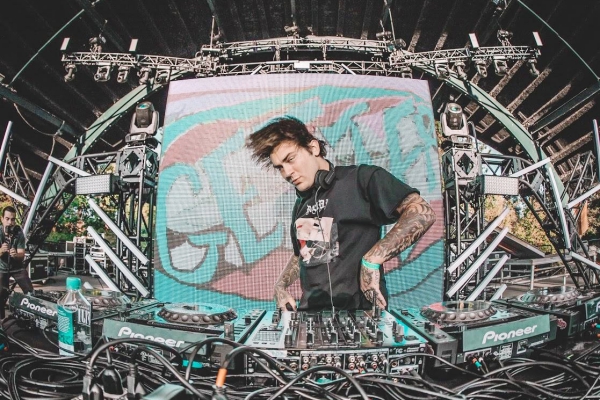 Getter – ‘On My Way Out‘ Official Music Video – Late last year, American electronic music producer Getter released his latest studio album VISCERAL on mau5trap, showing off a new direction, sound and intention–one that came from the intense experiences of heartbreak, rejection, unhealthy relationships and more. Now, Getter will bring his music to the masses with the Visceral Live Tour.

Kicking off February 27 in Eugene or Getter‘s Visceral Live Tour will touch down in over 25 U.S. markets including Los Angles, NYC, Chicago, Houston and many more. He’ll also bring the show to the BUKU Music & Arts Project in New Orleans. The brand-new live show will highlight material from his 12-track work among other productions.

Along with the news of the tour, Getter has made available the video for ‘On My Way Out‘ featuring Joji. It’s directed by AudioOpera aka Graeme Barrett, a musician and director from Toronto, Canada whose work also includes videos for The Smashing Pumpkins and Lil Peep and has been recognized by Vimeo Staff picks. His style blurs the lines between fantasy and reality, often leaving the viewer with an unsettling feeling which is very much present in the ‘On My Way Out‘ video.

A deeply artistic and conceptual album, VISCERAL hosts singles including ‘All is Lost,’ ‘Made For You‘ and ‘Solo,’ as well as collaborations with Audio Opera, Allan Kingdom, Nothing, Nowhere, Sweetsound, Midoca, Name UL, Njomza, Party Nails and Joji.