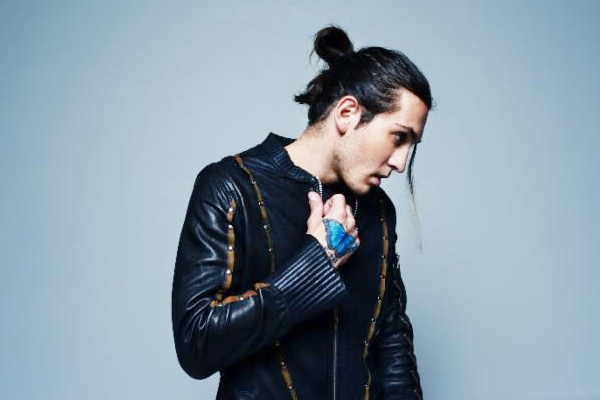 As a new signing to Ultra, he is primed to release a series of new anthems beginning with ‘Information Overload,’ all of which bring him closer to his true form. “Pierce and I had known about each other but never knew how much we would click musically,” says Grabbitz. “We get each other. The song to me really embodies old school meeting new school. We didn’t really plan it that way, but it’s what happened naturally.” He adds: “Lyrically the song is about the overload of social media. It can be a beautiful thing or it can erase your soul. Be careful because if you consume too much, you’ll die in an infinite loop of nothing. How’s it feel?”

Alongside the single is its video created by Seen Film (www.seenfilm.com), a company that specializes in animation videos of paper shapes. Past credits include work for Amy Lee, Ummet Ozcan, Vessels & The Flaming Lips, The Shins and many others. For ‘Information Overload,’ they explore themes of social media overconsumption, removing ourselves from reality and lack of real human interaction.