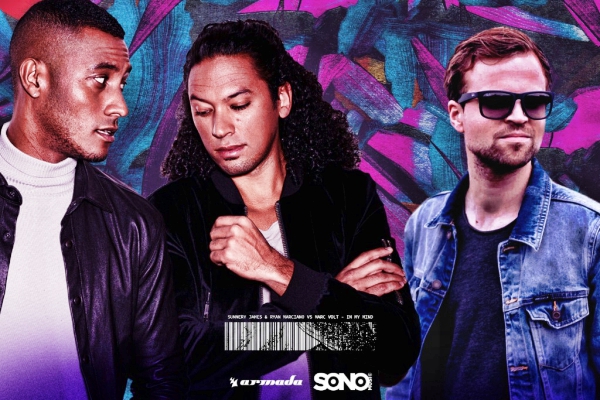 ‘In My Mind‘ is a track in true Sunnery James & Ryan Marciano style, with up-beat percussions building up to a vocal-heavy drop. The song has been turning heads since summer, where it was played by the Dutch duo at the mainstage of Tomorrowland and more recently during this year’s AMF at Amsterdam Dance Event, where tens of thousands of fans already got to experience the powerful new track. Last Friday the song got elected by BBC Radio 1 as their Future Dance Anthem.

In the remainder of 2018 the Amsterdam-based duo will host a massive end of the year edition of their own concept Sexy By Nature. This time around, the duo is heading to the Onderzeebootloods in Rotterdam. Taking place on the 29th of December, the event has legendary acts like Erick Morillo slated to perform, as well as Leroy Styles, Kungs, Michel de Hey and Sunnery James & Ryan Marciano themselves of course.