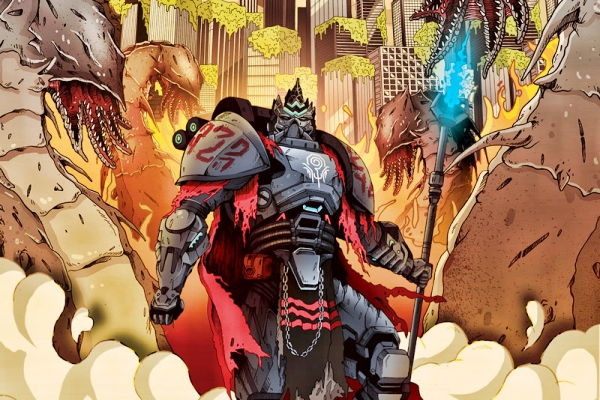 Snails – The Shell: The Sluggernaut – Just a few weeks after announcing his newest Slimeageddon EP, Snails has announced another massive milestone in his prolific career: the launch of his very own comic book series, The Shell and its debut issue The Sluggernaut. Through its vivid imagery and captivating storylines, The Sluggernaut provides a glimpse into the creative universe that fuels the Vomitstep producer’s music and live event concepts.

Snails teamed up with French artist Dr. Fanx and co-writer Maria Filipone to bring the Vomitsquad‘s colorful world – including King Slugz, King Frogz, Sluggtopia and The Shell – to life in Marvel-like style. On the surface, The Sluggernaut‘s plot may seem like it’s all about King Slugz‘s intergalactic, worm-fighting battles, but Snails has a much deeper meaning behind the series.

At its core, The Sluggernaut is the story of a flawed hero desperate to save his people, and its theme centered on perseverance in the face of tremendous obstacles. Through the engage plot-lines and immersive art, Snails creatively conveys his believe that one has an obligation to fulfill one’s own destiny.