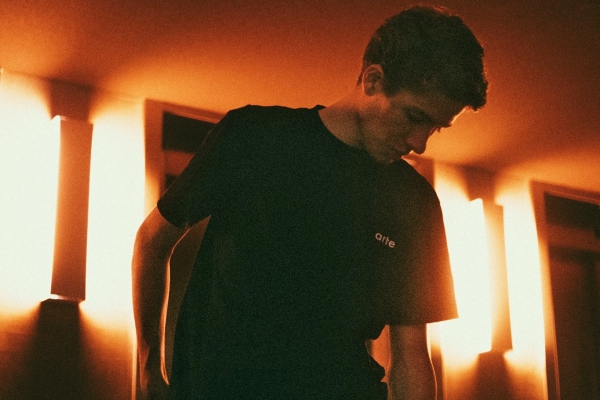 EAUXMAR – ‘Blame‘ – Hugely impressive newcomer EAUXMAR became the youngest artist to release on STMPD RCRDS at the age of just 18, following in the prodigious footsteps of label boss, Martin Garrix. His Tell Me EP has been a firm favourite with STMPD fans, and this follow-up single ‘Blame‘ continues his superb work.

‘Blame‘ is a remarkably sophisticated and musical composition, full of life and charisma from the first note. Pitched vocals create a heavenly feel over sweet chords and warm live bass tones before a loose, head-nodding beat shimmies into focus. A stack of resampled organ chords stabs create a hazy groove that nods to classic house with a ravey feel, leading us to a blissed-out breakdown where sustained bass notes soothe your ears and body. The euphoric vocal cut-ups send hands reaching skyward for the final push, with that irresistible groove returning for a final stomping workout.

EAUXMAR had the pleasure of playing his first proper gig recently, with his set at the STMPD RCRDS ADE party very much a successful baptism of fire. Influenced by the melodic new skool swing of the likes of Disclosure and Kaytranada, he is a seriously hot property.