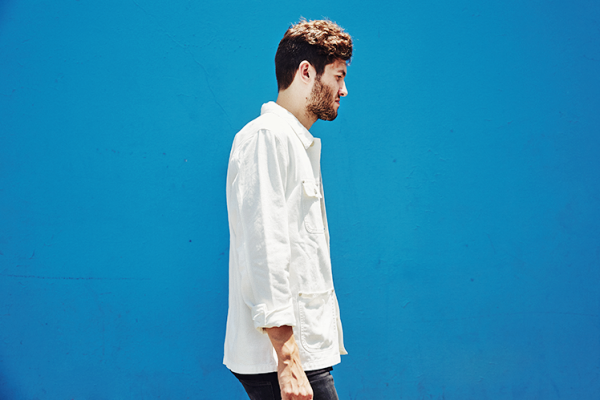 Baauer – ‘Company‘ – Baauer‘s new song ‘Company‘ was written in the Hollywood Hills this February with friend and Scandinavian pop up-and-comer Soleima. The two had decided to get out of traditional studios and back into a small, intimate bedroom converted into a studio which is how Baauer first began as a producer. ‘Company‘ premiered today as a Zane Lowe World Record on Apple Music. And the video, directed by Jonathan Zawada, premiered with Pitchfork.

‘Company‘ is Baauer‘s third impressive single this year and it’s his best yet: employing intimate ASMR and digital vocoder to explore how people connect online. Soleima‘s crystalline voice cuts through her vocoder, asking how human emotion and digital messages intersect. While the verses whisper, the chorus explodes from nowhere with hyphy-inspired drums and Baauer‘s widescreen production. A confident and unique new pop record, ‘Company‘ both pulls you in, and reaches out and grabs you.

2018 has seen Baauer return on impressive form via the afrobashment-influenced single ‘3AM‘ featuring AJ Tracey and Jae Stephens‘ soundtracking many Summer nights on UK radio. And algo-pop banger ‘Hate Me‘ featuring the cyber it-girl Lil Miquela which features on Spotify‘s Times Square Billboard and worked like a virus through leftfield pop playlists.

The records themselves show a producer who is still growing – and importantly, playing. These are uniquely fun, weird and massive tracks from Rodrigues, who remains most interested in creating the best possible fusion of hip hop and new dance music.