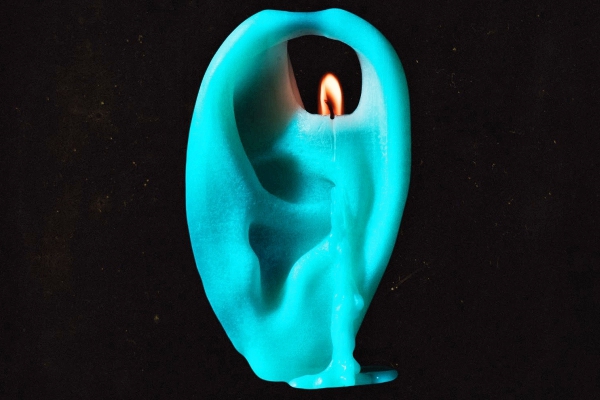 Flux Pavilion – Earwax Compilation – Bass music producer, songwriter and performer Flux Pavilion has been at the forefront of the global electronic music scene for almost a decade, from founding the influential Circus Records with childhood friend and collaborator Doctor P to more recently building on the vivid creative statement of chart-topping debut album Tesla with a series of rapturously-received singles and the hugely successful Around The World In 80 Raves tour.

With the summer nearing its end in 2018, Flux Pavilion brings us Earwax, one of his most personal and crafted projects to date. A carefully curated compilation of music old and new that showcases the diversity of the Circus Records stable by exploring richly textured and captivating moods and soundscapes.

The compilation boasts eleven brand new tracks from an exciting roster of breakthrough artists as well as ten previously released gems that perfectly compliment the mood Flux Pavilion wanted to create. It’s an album to be savoured and appreciated, an intricate story that unfolds over time.

The new material sees a range of established names making their Circus Records debut, including South African Khwezi with two contributions including the delicately epic ‘Fragile‘ and legendary Japanese DMC champion DJ Kentaro, who teams up with DJ Rafik and Yuto for the fizzing, chopped edits of ‘Kinmirai.’

It’s also the perfect showcase for the burgeoning musical talent that Circus Records has been fostering in recent years, fresh but familiar faces like Ork¿d, Mark the Beast, Cyran, LUZCID and Big Voyage who between them provide the parts of the puzzle that complete Flux Pavilion‘s grand vision.

Crowning the album is ‘Symphony‘ from Flux Pavilion himself with vocals from the talented Layna. This one is the natural successor to last year’s ‘Cut Me Out,’ the gem of a collaboration with Turin Brakes that signalled a new chapter in his sound. Once again the London-based artist has developed a rich new seam of creativity to pursue, expect to see the many fruits of this exciting new direction revealed in the coming months.