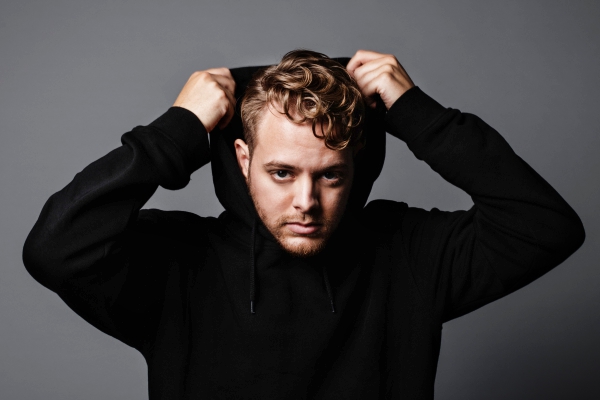 CMC$ – 2018 Interview – In recent months this year, Martin Garrix‘ STMPD RCRDS has been making extraordinary waves in the EDM soundscapes. It’s no secret that Garrix is one of the community’s biggest and most powerful DJ and producers, however STMPD RCRDS has speedily made a placement as one of the most admired and desired labels in today’s existence.

Amongst some of the fastest rising and strongest artists in the scene, CMC$ stands out as one of the more recent mainstay’s in STMPD. The artist has both proved himself by working alongside Garrix himself on co-produced ‘In The Name Of Love‘ with Bebe Rexha and on DVBBS collaborations ‘Not Going Home‘ and ‘Parallel Lines,’ with the addition of previous label releases with Cade collab ‘Thinkin’ Bout Myself‘ and Conor Maynard‘s ‘Understand Me.’

Now CMC$ has teamed up with GRX and platinum-selling Swedish stars Icona Pop for an anthemic new track this month in the form of X’s. Icona Pop‘s megahit with Charli XCX ‘I Love It‘ has 610 Million worldwide streams and have continued to make magical music, making for a perfect vocal partnership with the talented, eclectic CMC$.

With such recent successes, EDM Joy has had the chance to get a rare insight from the artist through Mixmash Records on his career and recently successful ‘X’s.’

What is the first thing you do when you wake up in the morning?

The first thing I do is check my phone to see what time it is and read all my texts and emails from that night.

You have some insane collabs, and your streaming numbers are sky high with every production, we can definitely say you are becoming an industry heavyweight. How do you stay inspired to keep pushing forward?

I try to stay inspired to keep doing what feels good to me and what I love most. If something makes me happy, that will give me the most inspiration. Also thinking outside the box and trying to be unique in a way, is part of it.

What was the inspiration for your latest collab with GRX?

The idea of this song originally came from The Six. After hearing the demo, I immediately fell in love. Together with GRX we created the sounds and added original orchestra and some violins to the production. This resulted in something magical. In combination with the unique vocals of Icona Pop, we knew this was it!

Since this is quite an emotional song, can we ask if this is inspired by your personal life?

No, it’s not inspired by my personal life, but almost everybody has experienced break ups, love sickness and heartaches at some point in their lives… I think that many people can relate to the lyrics of the song.

Talking about daily routines. Your summer is pretty packed – flying from show to show to probably studio sessions. How would you describe a regular day in the life of a DJ/producer like yourself?

A regular day in my life consists of answering a lot of emails, going to the studio and working on new music, but also having drinks with my friends and playing video games :).

Your favourite gig so far was?

My favourite gig so far was last year at the VELTINS-Arena in Germany in front of more than 40 000 people! Before the show I was feeling very nervous, but as soon as I got on stage, I felt so much adrenaline and killed the show! Absolutely loved all the energy from the crowd.

Are you planning to do your own night during ADE?

I’ve decided not to do my own night this year. Probably next year again! However, I will play a lot of cool gigs during this edition of ADE!

If you’d had to choose, would you rather spin in clubs or on festivals?

I’d prefer playing at festivals or big stadiums! Locations like that give me more adrenaline and energy.

What is the last track you listened to?

Who still inspires you, music wise or lifestyle wise, these days?

That would be my buddy Martin Garrix! He has given me so much opportunities. At first, I was a super shy performer, but he let me play for such big crowds which let me grow really fast as a person, but also as an artist.