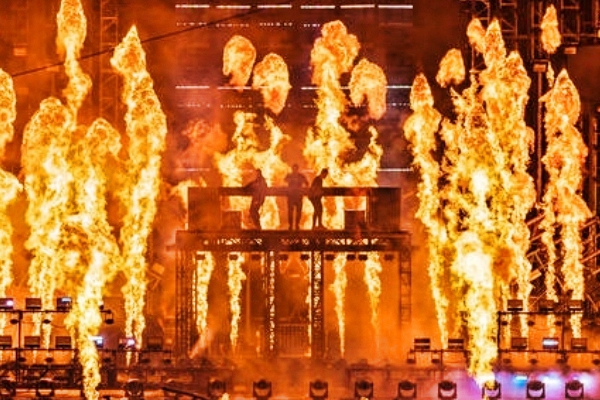 Ultra Music Festival 2018 – 20th Anniversary – A completely sold-out Ultra Music Festival saw its most memorable show to-date this past weekend at Bayfront Park in Downtown Miami with the celebration of its landmark 20th anniversary. Swedish House Mafia, Will Smith, Above & Beyond, Halsey, Desiigner and Yo Gotti were just a few of the surprise performers that captivated 165,000 attendees from over 60 countries around the globe.

After much speculation and with anticipation at fever pitch, Swedish House Mafia reunited with a surprise performance to close the Main Stage and the festival on Sunday night. The historic reunion came almost five years to the day after the groups’ farewell performance at Ultra Music Festival in 2013. The legendary trio, consisting of Axwell, Sebastian Ingrosso and Steve Angello, opened the set with Miami 2 Ibiza, and closed off the night in spectacular fashion with an encore of their globally renowned track ‘One‘ to the delight of festival goers and the millions eagerly watching the live stream at home.

For the fifth year in a row Ultra Music Festival was the #1 trending topic on social platforms worldwide over the weekend, with millions of mentions across all platforms. The festival is officially and firmly down as the most tweeted about electronic music event in history.

After extensive coordination with various local, state and federal authorities, which collectively led the effort on executing safety and security measures and precautions, the number of arrests dropped to an all-time low, continuing the trend of declining arrests for the 5th consecutive year as reported by the Miami Herald. Encompassing the entire weekend, arrests and medical transports were significantly reduced.

Yet again, Ultra Music Festival exceeded expectations. Amongst the reunion of one of the most beloved electronic acts the world over, surprise performances from legendary artists, and unparalleled production and lighting, the festival has its sights firmly set on 2019.