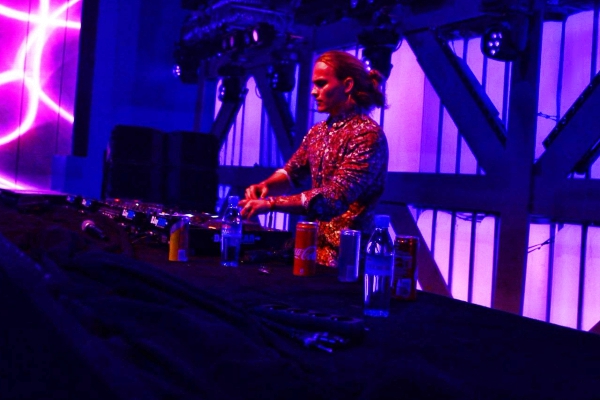 Umpire – Remixes EP – Vienna-based producer Umpire first appeared on Circus with the hugely successful ‘All The Things,’ he followed this up with the intricate ‘Again‘ / ‘Drowning,’ leaving 2017 in a kaleidoscopic blaze of colour and originality. What better way to enter into 2018 than with a fresh perspective on said productions.

Bringing in 6 new names to the Circus label, Umpire has invited Clockvice, iamu, TIFA, Aentric, Boltex and Aceto re-create his works, with all bringing their own unique flair of originality and creativity. The result is a full spectrum of sounds, multiple visions and an array of different skills from some of the best new talent out there.

Sweden-based Clockvice puts his own spin on ‘All The Things,’ with a remarkably complex dubstep influence that rattles the living hell out of your headphones. Having previously seen releases through Never Say Die and Upscale, alongside working with a diverse array of producers including Mr. Bill and Lifecycle, this remix is flawlessly put together and will no doubt be on regular rotation in your library!

Somewhat of a newcomer to the scene, TIFA‘s take on ‘Drowning‘ is a chilled-out ensemble of colourful sounds, holding true to the vibe of the original mix. With this being his first outing on Circus Records, we’re excited to welcome his fresh sounds to the label.