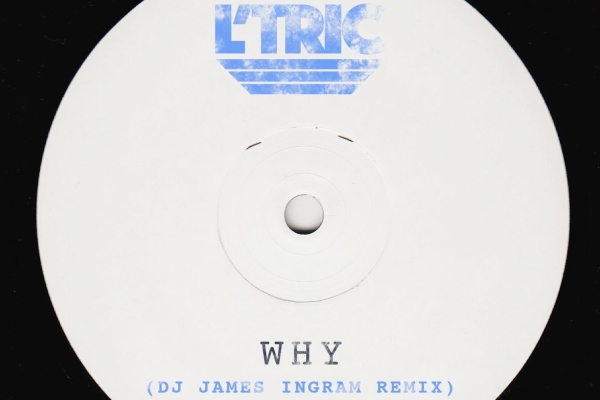 L’Tric – ‘Why‘ DJ James Ingram – L’Tric is the Melbourne-based duo comprised of Ivan Gough and Sgt. Slick. Showcasing their impressive house music chops on dance hits such as ‘This Feeling,’ ‘1994‘ and ‘The Beach,’ L’Tric snagged the attention of Pete Tong and Danny Howard, as well as achieving spots on the US Billboard Dance, UK and Australian Club Charts. Breathing new life into the Carly Simon (Nile Rodgers & Bernard Edwards-produced) 1982 hit ‘Why,’ L’Tric solidified the fact that old school tracks can be flawlessly revitalized with catchy rhythms and elements.

DJ James Ingram gives L’Tric‘s impeccable rendition a flavorful remix. He’s the No. 4 ranked Jacking House Artist in the world alongside Dr. Packer and Sonny Fodera, and only one of three artists to chart on the premier Traxsource Top 100 Artist list of 2017. The Australian house music pioneer’s musical career spans more than 20 years. He’s been a recurring judge for the Australian ARIA Awards and received the SAMIA award for the most outstanding contribution to dance music.