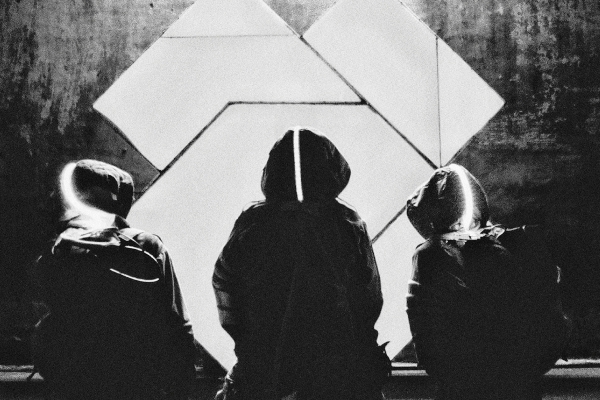 Gudrun von Laxenburg – ‘Brawler‘ – By now Gudrun von Laxenburg are one of the most exciting acts in Austria and that is according to national and international press. Numerous media outlets highly praised their debut album Panic! and the cinematic videos that were released along with it. Their live shows feature futuristic LED-suits, well arranged light set-ups, dancing unicorns and a sweaty audience.

With their new single ‘Brawler,’ Gudrun von Laxenburg appear again for the first time after their debut and on this occasion are featured by the singer of the German group WOMAN, Carlos Hufschlag. Hovering over a gloomy beat made from modulating synthesizers and pulsating drums, the vocals are standing out in an almost supernatural way. The track expresses feelings of deep anxiety, but at the same time relief from it and yet again Gudrun von Laxenburg manages to trigger mental cinema in their listeners heads.