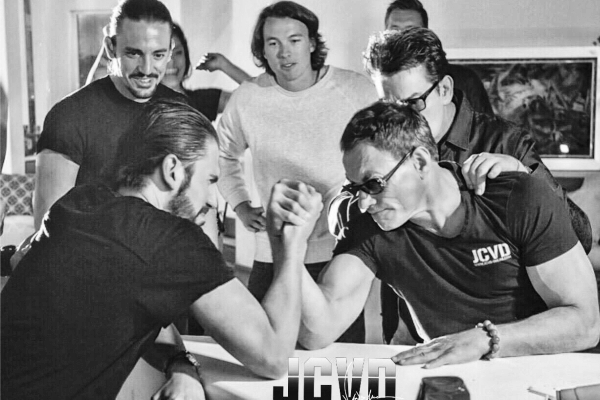 This is Dimitri‘s second casting in two months. In December, it was announced that he had been cast in George C. Romero’s film Rise of the Living Dead, the prequel to his father’s (George A. Romero) legendary horror film, Night of the Living Dead. Belgian fans will also get to see Dimitri & Mike Thivaios on the big screen when the film Gangsta (Patser) hits theatres January 24.

Continuing their success on the music side of things, Dimitri Vegas & Like Mike teamed up with legendary film composer Hans Zimmer on ‘He’s a Pirate‘ for the soundtrack of Pirates of the Caribbean: Dead Men Tell No Tales. Dimitri Vegas & Like Mike have also collaborated with the likes of Ne-Yo, Diplo, David Guetta, Kiiara and most recently Steve Aoki and Abigail Breslin (Oscar-nominated actress) for their momentous collaboration ‘We Are Legend.’ The brothers have scored three No. 1s on Billboard‘s “Dance Club Songs” chart and were the first-ever duo to be named No. 1 DJs in the world by DJ Mag‘s annual Top 100 Poll.

With more exciting acting parts and projects coming up, he’s also even fallen in love with voice acting, after he took on the voice-over role for the Belgian version of Disney‘s blockbuster Big Hero 6 where his performance was so well received they asked him to reprise his role in the 2018 follow-up TV Series.