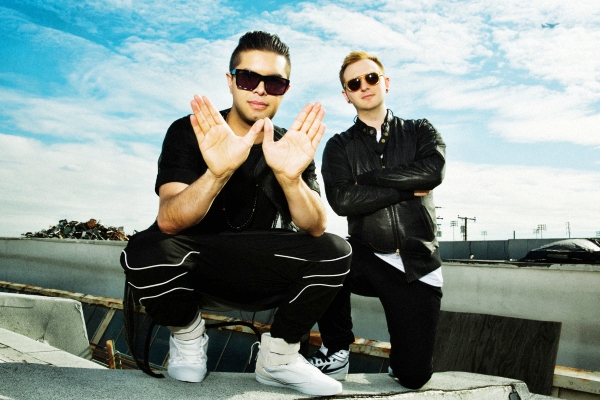 Ephwurd Belasco Theatre 2017 – Ephwurd has been commanding stages all over the globe in 2017; from the festival circuit at EDC Las Vegas, Lollapalooza, and Shambhala to their upcoming Australian tour, this year has taken them far and wide, but they are saving the best for last.

The bass maestros teamed up with Insomniac to present their massive LA Takeover at the iconic Belasco Theatre on December 15th, so this is one party you don’t want to miss. Ephwurd is bringing fellow heavy-hitters Luca Lush, Whipped Cream and Jvmpkicks for musical support and a PK Sound system to make sure the show stays thumping all night long. With top-tier production and music that’s guaranteed to fire up the dancefloor, the LA Takeover is slated to be the best way to kick off your holiday season. Grab tickets here before they’re gone.

Since exploding onto the scene as a mysterious, anonymous duo in 2015, Ephwurd have not only revealed their identity but transformed it into a veritable lifestyle and brand. After launching their Eph’d Up Radio show earlier this year, the guys decided to create their imprint Eph’d Up Records as a free space to release their own music on their terms; listeners can expect more genre-bending, forward-thinking music from Ephwurd and like-minded artists than ever!

This fall they released two hard-hitting tracks on Eph’d Up: their new take on the classic ‘Phunky Beats‘ was followed by their collaboration ‘Money‘ with rap legend Fatman Scoop to outstanding support from both their fans and the industry. When they’re not thrilling crowds with their live performances, Datsik and Bais Haus have been busy in the studio cooking up some new music for their fans. Stay tuned to see what else they have in store to heat up your winter!