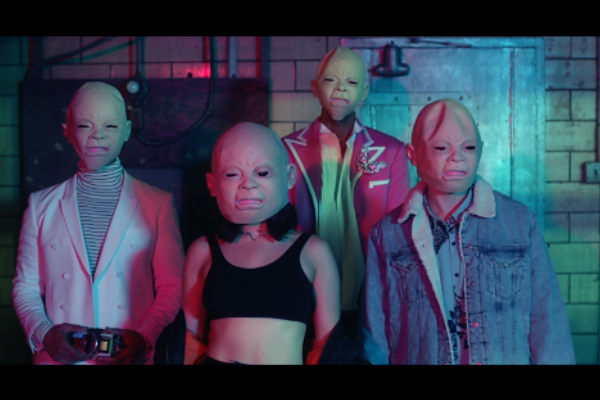 The official ‘Dirty Sexy Money‘ video, directed by chart-topping British songwriter Charli XCX and Sarah McColgan, is equal parts raw and sexy; portraying a story in which David Guetta stars as getaway driver, Charli XCX as the boss, Afrojack as the muscle and French Montana as the explosives expert.

‘Dirty Sexy Money‘ was well received by the press with Billboard calling the track ‘naughty pop music with a punch and a side of ’90s nostalgia’ and Nylon claiming it to be “the perfect song to blast on your way to the club.” The track has currently amassed 50 Million streams and the first live performance at the 2017 MTV EMA‘s was a huge success. With the release of the official music video one thing is for certain: it will heat up the cold days before Christmas.

After Christmas celebrations David Guetta will head out to Colombia and the US for sows in Miami and Brooklyn. In January, he will kick off his 2018 European Tour in Munich.