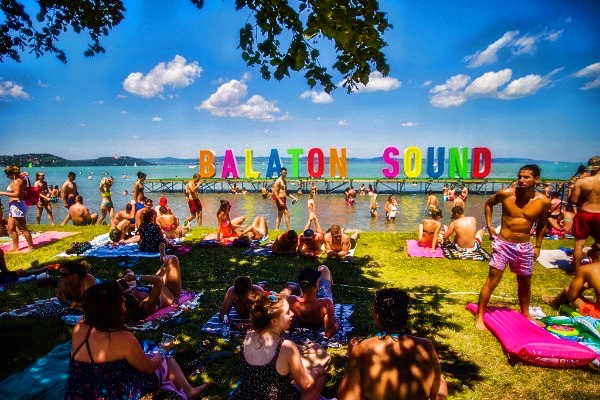 Balaton Sound 2018 – Phase 1 Lineup – Balaton Sound, the 5-day non-stop beach themed music festival situated on the stunning Lake Balaton, has revealed their first phase of acclaimed talent to perform at the major open air festival between 4th – 8th July 2018, with Martin Garrix, The Chainsmokers, DJ Snake and Jonas Blue all confirmed for the stellar billing set to invade the main stage next summer.

The 5-day crazy beach party, and sister of Sziget festival in Hungary, will also welcome the likes of David Guetta, Dimitri Vegas & Like Mike, Nervo, Ty Dolla $ign, W&W and Timmy Trumpet all performing on the biggest stage of Balaton Sound, with several yet-to-be-announced acts performing across the Heineken Beach, and Arena, stages.

The announcement marks an eagerly anticipated 2018 edition of Balaton with Dutch youngster Martin Garrix claiming DJ Mag‘s Number #1 DJ in the World title for the second year running in 2017, and DJ Snake enjoying monumental success worldwide, headlining Ultra Music Festival in Miami, and performing a very special set on top of the Arc De Triomphe in Paris. They’ll be joined by Ty Dolla $ign, the LA rapper best known for his multi-award winning hit ‘Work From Home,’ and Jonas Blue who recently surpassed 3 billion streams worldwide after his single, ‘Fast Car‘ became 2016’s biggest-selling single globally. With even more incredible line-up additions to be announced Balaton Sound 2018 is set to be the beach party destination for dance music lovers.

Similarly to last year, this year visitors can obtain various types of passes. The 5-Day Pass, gives the full crazy beach party experience at Lake Balaton, whilst the 3-day option gives fans a chance to enjoy a split of three of the main days of the festival (4-5-6 July) or (6-7-8 July). For those who are looking for some extra comfort and specialty the VIP passes and VIP day tickets are available with a separate VIP entrance and entry to the VIP area with a grand stand facing the Main Stage.