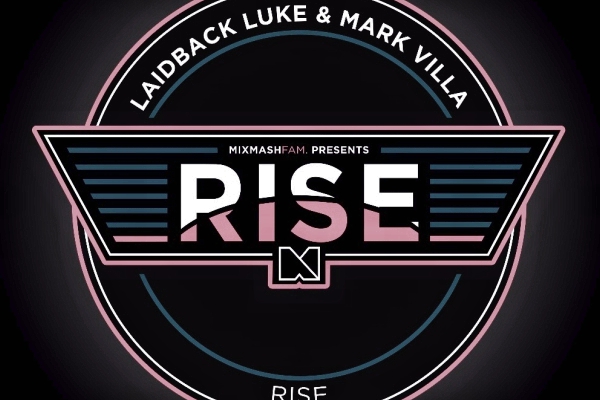 Laidback Luke & Mark Villa – ‘Rise‘ – One of dance music’s most prominent players Laidback Luke, returns to Mixmash Records with a smashing tune! The collaboration between Luke and the youngest artist on Mixmash‘ roster, Mark Villa, resulted in a fresh track called ‘Rise.’ But there is more. ‘Rise‘ is also the lead single of the first ever Mixmash Records‘ Family album. With ‘Rise‘ having just dropped ahead of the album release on November 24, you are in for a stream of A+ quality music from Luke and the family!

‘Rise‘ boosts that typical Mark Villa sound with Luke blending the track into a perfect mix of Future and Progressive House. With a high energy pounding build up, the first drop instantly grabs your attention. The balanced interaction between different elements in this production emphasizes the qualities both producers brought to the table. Wasting no time, the fresh melody infused with ethnic backing vocals take you to the second drop and will fill up dancefloors in a heartbeat.