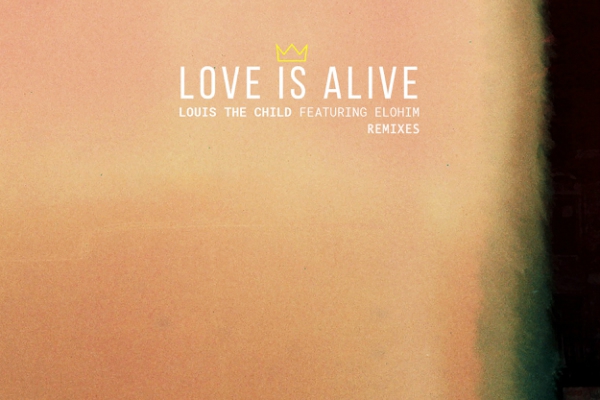 Louis The Child – ‘Love Is Alive‘ Remix Package – Louis The Child have continued to dominate the dance-pop sphere this year by releasing a handful of ethereal gems including ‘Fire‘ featuring songstress Evalyn, ‘Go,’ ‘Slow Down Love‘ with vocalist Chelsea Cutler and highly acclaimed ‘Love Is Alive,’ which was was co-written and co-produced by singer-songwriter Elohim. The dreamy track comes together with a melodic guitar riff layered upon a soothing bassline, underscored by Elohim‘s euphonic voice. Having been an instant audio sensation the track is now making it’s way back with quadruple the spin.

The remix package is jam-packed with four unique reworks of ‘Love Is Alive,’ beginning with a dreamy and enchanting remix by multi-talented producer Chet Porter, followed by a futuristic and wubby-bass blend to the track by Miami native Meaux Green and ghetto-funk B-Slide. Brooklyn-based trio Savoy slowing it down to an electro-melodic feel with mellow vibes, and the package is completed by Canadian artist Conro who infuses upbeat and bouncy feels to create the perfect dance-along twist.