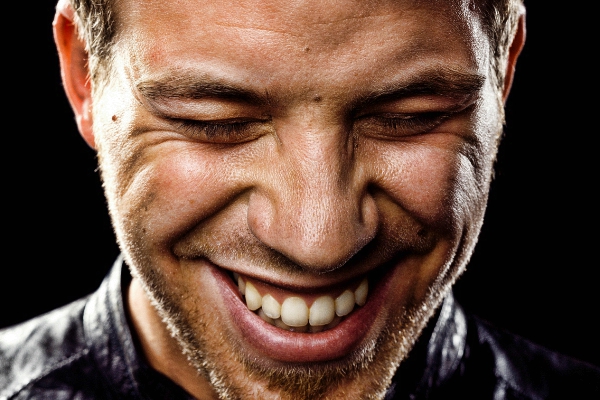 Hi Tujamo! Since the beginning, you’ve had a fruitful career in the vast world that we call the EDM soundscapes here at EDM Joy. Being in the scene for more than eight years, you’ve shown the world that you’re a force to be reckoned with.

From your inception as a DJ and producer, you’ve relentlessly unleashed your flavor of electronic dance music. Showing that you have carefully crafted your sound in a way that creates your own eclectically, constantly evolving, captivating genre of house music.

Clearly, you churn out fresh tunes like a tastemaker with access to titan power. So, I just have to ask, how did you hone your craft back in the day and what drives your creative prowess, still today?

I think for a-lot of DJ’s they start young, which was the same for me. It’s an obsession that you get, and you just can’t get rid of it! When I’m feeling uninspired, I think about the beginning of my musical journey. And that it’s all worth it now!

Across your journey in the industry, you’ve touched just about every element of the scene, which doesn’t happen often. With a large library of tunes under your belt, you’ve had the chance to collaborate with heavy hitters like Danny Avila, Dimitri Vegas & Like Mike and Martin Solveig amongst others. Not only have you created strong productions alone and with others, but you have also brought into fruition a variety of intense bangin’ remixes for artists like Jack Ü, Pep & Rash, Showtek and Laidback Luke.

Some of your biggest releases were productions like your rework for Laidback Luke‘s ‘Rocking with the Best,’ your single ‘Dr Who!‘ in 2014, Laidback Luke collaboration ‘S.A.X.‘ and massive solo record ‘Booty Bounce.’

What is your most memorable production you’ve worked on and what is your creative process when designing some of this powerful work?

I think it would have to be ‘Booty Bounce.’ It was just an amazing time, I had amazing feedback from Spinnin Records coming on my previous single and they wanted to work together on something. Then I made ‘Booty Bounce‘ and they gave it an instant GO. The process was pretty simple. The idea of ‘Booty Bounce‘ had been stuck in my head and the production went very fluently. It all got even more interesting when Taio Cruz jumped on with the Vocal Version which was released a couple months later. The track is still a constant in my sets and it never got old to me.

Talking about remixes, I’ve been hearing that you are planning on dropping a remix pack for your recent and widely well received single ‘One on One.’ As a single that was already captivating and tastefully unique, what can you say about what fans can expect from the upcoming remixes?

The remixes are now out and it shows a huge amount of talent. I love what they’ve all done with the track!

Your success of course doesn’t stop at the studio and at your desk. Your journey has taken you across the world, performing at a wide variety of festivals. Some of these festivals include world-renowned events like TomorrowWorld in America, Tomorrowland in Belgium, Creamfields in the UK and Summatronic in India to venues in locations like Las Vegas, New York City and Brasil.

Some of your recent achievements consist of you having the chance to work with Steve Aoki, tapping into the scene in China with a huge tour and gaining over 7 million views for your music video for ‘One on One‘ on YouTube.

With these exciting accolades, what are you looking forward to the most for touring across China?

China was absolutely amazing and a one of the craziest experiences ever. I was one of the first artists to actually tour that many shows in China and it was worth every second. The clubs were packed, the people were crazy about everything I did. Some even tried to catch me at the airports for pics and autographs, which is something I don’t experience that often. All in all a massive time for me and something I will remember for the rest of my life.

Moving beyond it all, you are always a step ahead in this ever growing and vast scene. Always evolving your unstoppable sound, you’ve gained placements in DJ Mag Top 100, worked with some of the biggest artists in the scene like Laidback Luke and Dimitri Vegas & Like Mike and have revealed a massive amount of content spanning across releases, festivals, parties and so on.

What can fans of Tujamo look forward to as 2017 continues to speed past us like a fragile grain of time, in terms of music and events?

I feel like my life is speeding past me! I’m loving being on the road, and the lifestyle that comes with that. I’m looking forward to Untold Festival, Creamfields and Always Ibiza.

Finally, I want to thank you for giving me the chance to speak with you on behalf of EDM Joy. As a fan of your work myself, it’s been great to have a one on one with the man himself. I’m sure you’ll continue killing it this year, cheers!

Make sure to follow Tujamo via his socials, linked below to stay up to date with everything that he has coming up his sleeves for the rest of 2017!