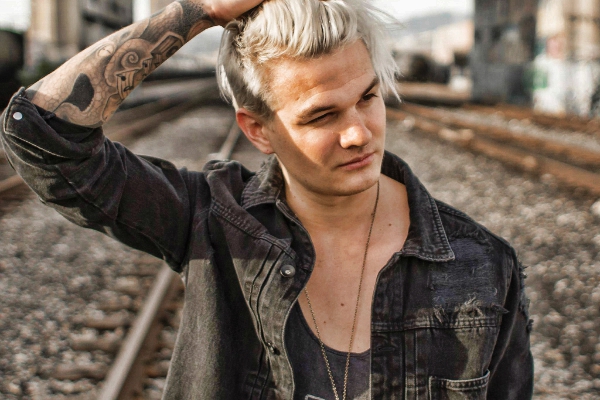 Paris Blohm – ‘When The Lights Go Out‘ – Masterfully weaving LINNEY’s emotionally-charged vocals and blissful chords over trapped out beats, Los Angeles based Paris Blohm makes an impressive Dim Mak debut with ‘When The Lights Go Out.’ The latest in a line of singles illustrating Paris‘ recent transition away from his progressive house sound and an exploration into new territory, he merges the powerful vocals with elements of future bass and melodic trap to make a powerful record, dramatically expanding his sound.

His recent 2017 Lowly Palace singles ‘Into Dust‘ and ‘Let Me Go‘ perfectly showcases his new sound and have garnered him over 14 million streams worldwide across platforms such as Spotify and Trap Nation. Having developed innovative and compelling music for over a decade, Paris has forever left his musical footprint in the dance music scene and has seen support from the likes of Tiësto, Krewella, R3hab, MAKJ, Borgore and many more.

Singing on ‘When The Lights Go Out‘ is Los Angeles based singer and songwriter LINNEY, who has emerged as an artist to watch through multiple awards and distinct penmanship. She won the international John Lennon Songwriting Contest in 2016 with her original song ‘Coming Back for More‘ and followed it with a stunning music video produced by the Lennon Foundation. LINNEY‘s motivation is to create music that gives people happiness, positivity, and hope.